William Butler Yeats: A Road to the Higher Self.

William Butler Yeats; whose birth anniversary we mark on 13 June, had three inter-related passions: a revival of Irish culture as a necessary contribution to political independence; an understanding of present disorders and violence as part of a transition to a New Age and a new system of values: a need to find avenues for self-development leading to a Higher Self.

It was as a poet of The Celtic Twilight (1893)  stressing the need to revive an understanding of Irish folk culture; largely pagan rather than Roman Catholic that he came to public attention.  With the creation of the Abbey Theatre with Lady Gregorry; he tried to bring this conception of Irish culture to a wider public, which did not fully understand the use of symbols and symbolic personalities. Yet Yeats was convinced that a cultural renewal was necessary for a solid base for political independence. 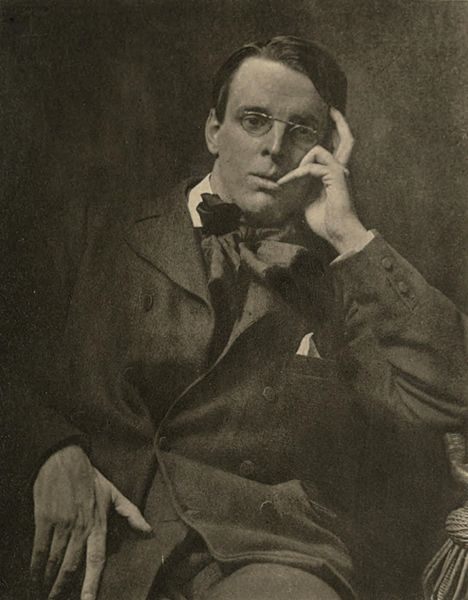 Those working for political independence were willing to use less symbolic means and were more related to Roman Catholic than Celtic mysticism.  In Easter Week 1916; hoping that British troops were occupied elsewhere, Padraig Pearse believing that “one man can free a people as one Man redeemed the world” led a couple of thousand poorly armed men to take over municipal buildings in Dublin.  The British troops struck back; and the leaders were summarily executed. The British over-reaction turned the Dublin events into nationalist mythology. Yeats “Easter 1916” celebrated a world of heroism and sacrifice:

“Now and in time to be
Wherever green is worn,
Are changed, changed utterly:
A terrible beauty is born.”

After the independence of Ireland; Yeats became a senator in December 1922 and received the Nobel Prize for Literature the same year.  He left the Senate in 1928 and remained largely detached from electoral politics until his death in 1939.

Yeats’ concern with historical cycles as in his often cited poem “Second Coming” is highlighted in an earlier Ovi article. (1). Here we will look at the idea of the Higher Self and Yeats’ approach to self development.

Yeats when in London as a young man was part of the inner circle of the Theosophical Society; which gathered around Madame Blavatsky, the co-founder and intellectual  guide of the Society.  It is from Madame Blavatsky that grew Yeats’ interest  in historic, astrologically-focused cultural cycles; the on-going transition from the Piscean Period to the Age of Aquarius.

It is also from the Theosophical circle that Yeats came to know and appreciate The Upanishads and the Yoga Sutras of Patanjali.  While the Theosophical Society stressed that there were persons, known as The Masters; who had developed a Higher Self and great spiritual knowledge; the Society did not set out a clear path for individual development and spiritual growth.  Each individual Theosophist was free to follow his own path.   There were no set exercises for growth as there are degrees in the Masonic movement.

Thus Yeats turned to the Hermetic Order of the Golden Dawn for techniques and rituals that were to lead, one step at a time, to higher consciousness.  The Golden Dawn used the term “the Higher Self” as the goal to be reached. Man must be “awakened” to the Higher Self. From the late 1880s until about 1910 Yeats was heavily involved in his efforts of self-development based on an effort to understand what he called “the depths” of the mind – what today; we would call the sub-conscious and the unconscious. In these depths, there is the individual’s most genuine uniqueness.

However; for Yeats there was also what C.G. Jung called “the collective unconscious” – a deeper level of connection with other people and with a culture.

A guide was necessary to reach and then understand this collective unconscious.  This guide in the Golden Dawn was called an adept.  In the Golden Dawn; the adept had a duty to help others.  As Yeats wrote “The adept has been sent to break down the walls that divide people from one another and to the fountain of life and not to build new walls.”

However; there are many tasks before one reaches the stage of an adept.

“It is by sorrow and labour, by love of all living things, and by a heart that humbles itself before the Ansestral Light, and by a mind whose power and beauty and quiet flow though without end, that men come to Adeptship, and not by the multiplication of petty formulae”.

Yet the Golden Dawn itself got bogged down in petty formulae and rituals. The Golden Dawn at the time that Yeats was initiated in 1892, was led by MacGregor Mathers.  Mathers  was some 10 years older than Yeats and had been on the edges of the Theosophical circle in London when Yeats was most active there.

Mathers’ books were known by the Theosophists: The Kabbala Unveiled (1887), The Tarot (1888), The Key of Solomon the king (1889). Mathers was something of a spiritual dictator, and some members of the Golden Dawn rebelled, especially Alester Crowley who went on to form his own order.

MacGregor Mathers moved to Paris, his wife being the sister of the philosopher Henri Bergson. Mathers died in 1918.  In “All Souls’ Night” which Yeats wrote in 1920, he summed up Lathers’ character:

And I call up MacGregor from the grave,
For in my first hard springtime, we were friends,
Although of late estranged
I thought him half a lunatic, half knave,
And told him so, but friendship never ends.

After leaving the Golden Dawn, Yeats followed the path to the Higher Self through reflection on his actions and his thoughts outside any group.  Some of his insights are reflected in his poems and in autobiographic writings, but he never fully set out how far on the path he had reached.