U. N. Day: Strengthening and Reforming.

October 24 is United Nations (U. N.) Day;  marking the day when there were enough ratifications;  including those of the five permanent members of the proposed Security Council for the U. N. Charter to come into force. It is a day not only of celebration;  but also a day for looking at how the U. N. system can be strengthened;  and when necessary, reformed.

There have been a number of periods when proposals for new or different U. N. structures were proposed and discussed. The first was in the 1944-1945 period when the Charter was being drafted. Some who had lived through the decline and then death of the League of Nations wanted a stronger world institution, able to move more quickly and effectively in times of crisis or at the start of armed conflict.

In practice;  the League of Nations was reincarnated in 1945 in the U. N. Charter but the names of some of the bodies were changed and new Specialized Agencies such as UNESCO were added. There was some dissatisfaction during the San Francisco negotiations, and an article was added indicating that 10 years after the coming into force of the Charter a proposal to hold a U. N. Charter Review Conference would be placed on the Agenda – thus for 1955.

The possibility of a U. N. Charter Review Conference led in the 1953-1954 period to a host of proposals for changes in the U. N. structures;  for a greater role for international law, for a standing U. N. “peace force”. Nearly all these proposals would require modifications in the U. N. Charter. 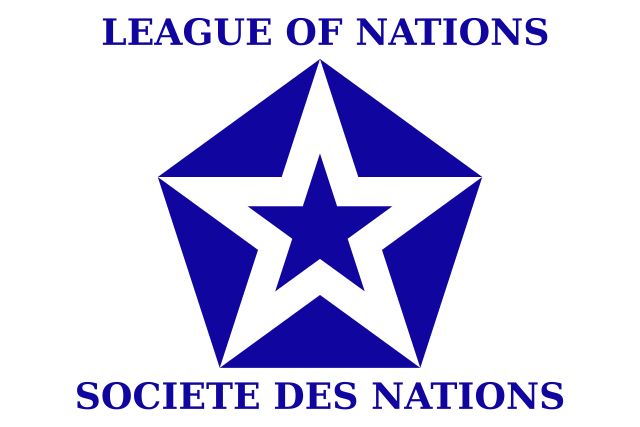 The semi-official emblem of the League of Nations, used from 1939 to 1941. Vectors by Mysid, based on FOTW. By The original uploader was Mysid at English Wikipedia., Public domain, via Wikimedia Commons.

When 1955 arrived;  the United States and the Soviet Union, who did not want a Charter Review  Conference;  which might have questioned their policies, were able to sweep the Charter Review agenda item under the rug from where it has never emerged. In place of a Charter Review Conference, a U. N. Committee on “Strengthening the U. N. Charter” was set up which made a number of useful suggestions;  none of which were put into practice as such. The Committee on Strengthening the Charter was the first of a series of expert committees, “High-Level Panels” set up within the U. N. to review its functioning and its ability to respond to new challenges. There have also been several committees set up outside of the U. N. to look at world challenges and U. N. responses, such as the Commission on Global Governance.

While in practice there have been modifications in the ways the U. N. works;  few of these changes have recognized an expert group’s recommendations as the source of the changes. Some of the proposals made would have strengthened some factions of the U. N. system over the then current status quo – most usually to strength the role of developing countries (the South) over the industrialized States (the North). While the vocabulary of “win-win” modifications is often used, in practice few States want to take a chance, and the status quo continues.

Now, the Secretary General knows well how the U. N. works from his decade as High Commissioner for Refugees, U. N. reform is again “in the air”. There are an increasing number of proposals presented by governments and by nongovernmental organizations (NGOs) associated with the U. N. The emphasis today is on what can be done without a revision of the Charter. Most of the proposals turn on what the Secretary General can do on his own authority. The Secretary General cannot go against the will of States – especially the most powerful States – but he does have a certain power of initiative.

There are two aspects of the current U. N. system that were not foreseen in 1945 and which are important today. One is the extensive role of U. N. Peacekeeping Forces: The Blue Helmets. The other is the growing impact of NGOs. There is growing interest in the role of NGOs within the U. N. system in the making and the implementation of policies at the international level. NGOs are more involved than ever before in global policy making and project implementation in such areas as conflict resolution, human rights, humanitarian relief, and environmental protection. (1)

NGOs at the U. N. have a variety of roles – they bring citizens’ concerns to governments, advocate particular policies, present alternative avenues for political participation, provide analysis, serve as an early warning mechanism of potential violence and help implement peace agreements. 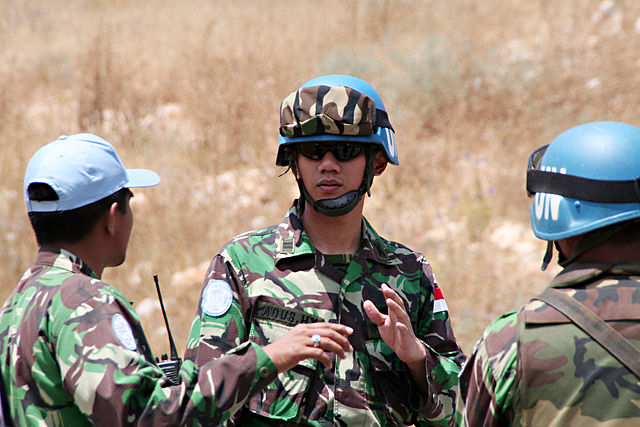 The role of consultative-status NGOs was written into the U. N. Charter at its founding in San Francisco in June 1945. As one of the failings of the League of Nations had been the lack of public support and understanding of the functioning of the League;  some of the U. N. Charter drafters felt that a role should be given to NGOs. At the start, both governments and U. N. Secretariat saw NGOs as an information avenue — telling NGO members what the governments and the U. N. was doing and building support for their actions.

However;  once NGOs had a foot in the door, the NGOs worked to have a two-way avenue — also telling governments and the Secretariat what NGO members thought and what policies should be carried out at the U. N. Governments were none too happy with this two-way avenue idea and tried to limit the U. N. bodies with which NGOs could ‘consult’. There was no direct relationship with the General Assembly or the Security Council. The Economic and Social Council (ECOSOC) in Article 71 of the Charter was the body to which “consultative-status NGOs” were related.

Human Rights and Alliance of Civilizations Room of the Palace of Nations, Geneva (Switzerland). It is the meeting room of the United Nations Human Rights Council. By Ludovic Courtès, CC BY-SA 3.0 <https://creativecommons.org/licenses/by-sa/3.0>, via Wikimedia Commons.

What in practice gives NGOs their influence is not what an individual NGO can do alone;  but what they can do collectively. ‘Networking’ and especially trans-national networking is the key method of progress. NGOs make networks;  which facilitate the trans-national movement of norms, resources, political responsibility, and information. NGO networks tend to be informal, non-binding, temporary, and highly personalized. NGOs are diverse, heterogeneous, and independent. They are diverse in mission, level of resources, methods of operating and effectiveness. However, at the U. N., they are bound together in a common desire to protect the planet and advance the welfare of humanity.

Wikipedia Workshop for Bangladesh NGOs Network for Radio and Communications staffs by Wikimedia Bangladesh. This is our one of big initiative to involve all community radio people to enrich Wikipedia. By Hasive, CC BY-SA 4.0 <https://creativecommons.org/licenses/by-sa/4.0>, via Wikimedia Commons.

On the Same Wave Length.

It is probably in the environmental field — sustainable development — that there has been the most impact. Each environmental convention or treaty such as those on biological diversity or drought was negotiated separately;  but with many of the same NGO representatives present. It is more difficult to measure the NGO role in disarmament and security questions. It is certain that NGO mobilization for an end to nuclear testing and for a ban on land mines and cluster weapons played a role in the conventions;  which were steps forward for humanity. However;  on other arms issues, NGO input is more difficult to analyze.

‘Trans-national advocacy networks’;  which work across frontiers are of increasing importance as seen in the efforts against land mines;  for the International Criminal Court and for increased protection from violence toward women and children. The groups working on these issues are found in many different countries;  but have learned to work trans-nationally both through face-to-face meetings and through the internet web.

The groups in any particular campaign share certain values and ideas in common;  but may differ on other issues. Thus;  they come together on an ad hoc basis around a project or a small number of related issues. Yet their effectiveness is based on their being able to function over a relatively long period of time in rather complex networks even when direct success is limited.

These campaigns are based on networks;  which combine different actors at various levels of government: local, regional, national, and U. N. (or European Parliament, OSCE etc.). The campaigns are waged by alliances among different types of organizations — membership groups, academic institutions, religious bodies, and ad hoc local groupings. Some groups may be well known, though most are not.

There is a need to work at the local, the national, and the U. N. levels at the same time. Advocacy movements need to be able to contact key decision-makers in national parliaments, government administrations and intergovernmental secretariats. Such mobilization is difficult, and for each ‘success story’ there are many failed efforts. The rise of U. N. consultative-status NGOs has been continual since the early 1970s. NGOs and government diplomats at the U. N. are working ever more closely together to deal with the world challenges which face us all.

Prof. René Wadlow is the President of the Association of World Citizens.