“ As we enter the 21st century, we observe a wide-spread awakening to the wonder of the Earth.  This we can observe in the writing of naturalists and environmental organizations dedicated to preserving the integrity of the planet. The human venture depends absolutely on this quality of awe and reverence and joy in the Earth.  As soon as we isolate ourselves from these currents of life; and from the profound mood that these engender within us; then our basic life-satisfactions are diminished.” (1)

The restoration of reverence and joy for life within Nature is what Thomas Berry; a cultural historian, calls “the Great Work.  “History is governed by those over-arching movements; that give shape and meaning to life by relating the human venture to the larger destinies of the universe.

Creating such a movement might be called the Great Work of a people…The Great Work now; as we move into a new millennium, is to carry out the transition from a period of human devastation of the Earth to a period when humans would be present to the planet in a mutually beneficial manner… The deepest cause of the present devastation; is found in a mode of consciousness that has established a radical discontinuity between the human and other modes of being and the bestowal of all rights on the humans.

The other-than-human modes of being are seen as having no rights.  They have reality and value only through their use by the human.  In this context, the other-than-human becomes totally vulnerable to exploitation by the human, an attitude that is shared by all four of the fundamental establishments that control the human realm : governments, corporations, universities, and religions – the political, economic, intellectual, and religious establishments.  All four are committed consciously or unconsciously to a radical discontinuity between the human and the non-human.

In reality there is a single integral community of the Earth that includes all its component members whether human or other-than-human.  In this community each being has its own role to fulfil, its own dignity, its inner spontaneity.  Every being has its own voice.

Community of Life on Earth.

Today, humanity is challenged to discover – or rediscover – this single integrated community of life on Earth in terms of ideas, images, myths, rituals, and practices that are meaningful to people today.

Berry, who has written on the religions of India and on Buddhism and Chinese culture, is well aware that in earlier times, there have been teachings which stressed the kinship of all life.  In The Great Work, he quotes many examples from the Native Americans who had a strong sense of living within Nature, a sense of place, and the need for sympathy toward animal and plant life.

However, he knows that the shift from a human-centered to an earth-centered norm of reality and value cannot be done just by a return to past teachings and insights.  As he writes “One of the most essential roles of the ecologist is to create the language in which a true sense of reality, of value, and of progress can be communicated to our society.”  One of the useful aspects of Berry’s book The Great Work is a well-annotated bibliography which gives a good overview of different writers and approaches on the subject – even those authors with whom Berry disagrees.

Berry highlights greed and loss of sensitivity as reasons for ecological destruction.  “The profoundly degraded ecological situation of the present reveals a deadening or paralysis of some parts of human intelligence and also a suppression of human sensitivities.”

However Berry is hopeful that concern for the environment must become the central organizing principle of civilization.  “There is now developing a profound mystique of the natural world; we now experience the deep mysteries of existence through the wonders of the world about us.”

Berry writes well and has a broad vision.  The Great Work; it is a book; that one shares with others to widen the circle of those; active to develop an ecologically-based world view such as that of the Association of World Citizens.

1) Thomas Berry. The Great Work. Our Way into the Future 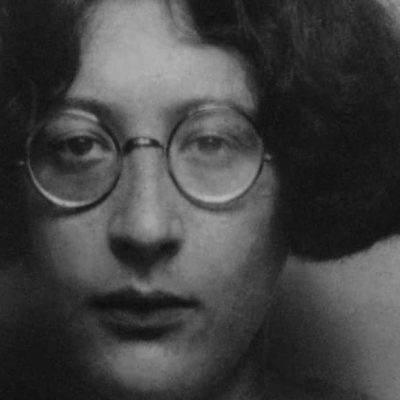