The Shifting Grounds of Conflict and Peacebuilding: Stories and Lessons

The Shifting Grounds of Conflict and Peacebuilding: Stories and Lessons.

This book is an increasingly used form of oral history collection — sometimes transformed into a book;  sometimes kept as oral archives usually in university libraries.  John McDonald, US diplomat, UN administrator, and Track II diplomacy pioneer is interviewed by Noa Zanolli;  on the different stages of his life and what lessons can be drawn;  especially for Track II-citizen diplomacy efforts.

Track I is official government-to-government diplomacy among instructed representatives of the State. Track II is a non-official effort,  usually by a non-governmental organization (NGO), such as the Association of World Citizens,  academic institutions;  sometimes business corporations directed either to other NGOs or directly with government representatives. 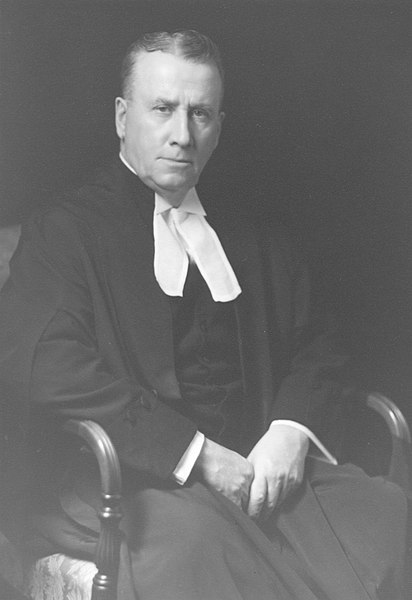 In this review, I will stress the lessons for Track II efforts. However, as McDonald points out, it is his experience as a Track I Foreign Service officer,  that gave him the skills for effective Track II efforts. McDonald quotes a little verse of the Quaker economist and peace worker Kenneth Boulding:

“When Track One will not do,

We have to travel on Track Two.

But for results to be abiding,

The Tracks must meet upon some siding.”

McDonald had a rare career for a US Foreign Service officer in that nearly all his work was related to multilateral settings, dealing  with numerous countries at once, rather than the bi-lateral US to one foreign country at a time;  which is the usual career pattern This was followed by being Deputy Director,  the UN’s International Labour Organization in Geneva from 1974 until 1978.

The Institute for Multi-Track Diplomacy (IMTD).

The State Department has mandatory retirement at the age of sixty-five.  Thus,  when McDonald retired from the State Department;  he had a good deal of experience;  and contacts to start in the relatively new field of Track II diplomacy.

He founded along with Dr Louise Diamond, a psychologist;  the Institute for Multi-Track Diplomacy (IMTD) to present Track II approaches;  and to carry out some projects either individually;  or in cooperation with other NGOs involved in conflict resolution work.

We Live in a World Society, and Violence and Suffering Anywhere is of Concern to Us.

There seems to me to be four areas:  where the skills of Track I and Track II overlap. We will look first at the four common skills,  which John McDonald mentions through his experience,  and then at two specific Track II issues. Those involved in diplomacy require the same skills; but for Track II, they have to be even finer with more skilful means.

Governments are used to dealing with governments. No one will ask the Ambassador of a country “What is it that you do?” or “Why are you interested in this issue?” — two questions which are nearly always asked of NGO representatives.

Therefore, NGO representatives have to have a ready answer justifying a universal concern.

“We live in a world society, and violence and suffering anywhere is of concern to us.”

The reply has to be short and not very philosophical as one does not want to get involved in a discussion of ethics but to move on quickly to the issues involved.

As John McDonald points out repeatedly;  listening is a real skill: to hear what the other is saying;  both the words and the intensity of the emotions behind the words.  Too often, we do not really listen. We are waiting for the chance to present our own position.

We need to be able to record the essence of what we hear without taking notes or using a recorder;  but rather to write up the conversation shortly afterwards. As McDonald stresses:

“Success in diplomacy is about people, about spending time with people and building trust relationships.”

Analysis is an ongoing process. Additional contacts, changes in the situation, the actions of other actors — all can modify the original analysis. Thus,  there needs to be ways of presenting modified insights to all those involved in the negotiations.

The ability to communicate clearly;  briefly and with policy options outlined at the end of a text is at the heart of all forms of diplomacy. This is particularly true of multilateral diplomacy;  where a resolution accepted by consensus is probably the only action to be taken in the short run.

The ability to choose the right words,  and to avoid those words that prevent agreement is a crucial skill. Drafting UN resolutions is a particular skill,  as words have to have similar meaning in all the official languages. UN resolutions have to be prepared well in advance.

John McDonald gives a good picture of the 18 month sequence;  in which US State Department positions are developed for UN conferences.  Thus for NGOs, there is a need to know where governments are in their preparation cycle. Ideas presented too late in the cycle are simply ignored;  while the same idea presented earlier might be seriously considered.

“The timing must be right for an initiator of new ideas, and programs to meet with success. The institution has to be ready for new ideas, even though it does not realize this at the time.  Initiators must also master the bureaucracy they have to deal with.”

In a world in which an increasingly large number of countries as well as NGO representatives want to be involved in decision-making, sensitivity to cultural styles, values, sense of time and proper behaviour is crucial. As McDonald notes:

“The only thing that works is people-to-people, consensus building. Sitting down, face-to-face and talking about the problem — that’s what I keep trying to do.”

Closely linked to the ability to listen, to cultural sensitivity and to communicate clearly are other inter-personal negotiation skills.  Among the most basic is the practice of keeping in contact with people known earlier. McDonald gives examples of telephone calls to people with whom he had worked 20 years earlier who provided insights and information on issues with which he was then  dealing. The idea of “trust” — that people one knows will not deliberately mislead you — remains crucial.

There are two issues with which government officials do not have to deal with as directly as do NGOs. The first is the selection of persons to be involved in negotiations and the second issue is fund-raising.

Normally, the State Department and the Foreign Ministries of other countries have professional diplomats to carry out negotiations. For NGOs involved in Track II;  and where often the individual participant must cover his own costs, the situation is more delicate.

In some cases, the NGO can prepare a Tract II effort long in advance, cover the costs of participants;  and thus choose “balanced delegations”— men/women, background, interests. Often, today, Track II is related to immediate conflict situations with relatively little time to raise funds and select participants.  Thus, there needs to be a “pool” of people with experience, skills and availability to move fast when the need or the opportunity is there.

A theme which runs through all the descriptions of the activities of the Institute of Multi-Track Diplomacy is the difficulty of fund-raising — an issue common to many NGOs.  There are a good number of requests for help from people in conflict situations and opportunities for creative action.

However, the funds are not there for follow up. As McDonald notes “If IMTD had an endowment, I could focus more intensely and continuously on our work, rather than on researching for funding. What this fund-raising headache has taught me is patience.

It’s hard to raise money for peace in the United States. I also had to persevere.” The IMTD has had the chance of having a small number of individuals;  who have been very generous, but there are also problems of being overly dependent on a small number of people.

Fund-raising is also a necessary skill but one that not all possess. There is a need for Track II efforts to develop cooperation with universities having conflict resolution courses, with other NGOs working in the field and with governments — nearly a full time job.  McDonald’s account of his efforts provides useful insights into Track II approaches — a field that is likely to grow.