Teilhard de Chardin: The Noosphere and Evolution Toward World Unity

Why do we hesitate to open our hearts to the call of the world within us; to the sense of the earth. By  ‘sense of the earth’;  we mean here the passionate sense of common destiny that draws the thinking fraction of life ever forward… Men suffer and vegetate in their isolation; they need the intervention of a higher impulse;  to force them beyond the dead point at which they are halted and propel them into the region of their deep affinity.  The sense of the earth is the irresistible pressure; which comes at a given moment to unite them in a common enthusiasm…The age of nations has passed. Now; unless we wish to perish; we must shake off our old prejudices and build the earth.”

Pierrre Teihard de Chardin, the French paleontologist;  after a lifetime of study of the evolution of the human species;  concluded that humanity was entering a new age; with a higher peaceful and more responsible sense of the unity of the world community.

He wrote in  Activation of Energy :

“It is an amazing thing that in less than a million years the human species has succeeded in covering the earth.  On this surface that is now completely encircled; mankind has completed the construction of a close network of planetary links, so successfully that a special envelope now stretches over the old biosphere.

Every day this new integration grows in strength. It may be clearly recognized and distinguished in every quarter. It is provided with its own system of internal connections and communication, and for this I have for a long time proposed the name noosphere.” (1)

Noosphere comes from the Greek word for mind, noos. The proposition that there is a sphere which goes beyond the biosphere; and which in a unique way accommodates the relationships between humans and Nature; was first put forward by the Russian scientist-philosopher Vladimir I. Vernadsky in 1894.

Teilhard de Chardin and Vernadsky were together in a seminar in Paris of the French philosopher Henri Bergson; and it was in that seminar that the term “noosphere” was proposed for the first time. Teilhard and Verndsky continued to stay in touch through letters; Teilhard being in China and Vernadsky in the USSR;  where he died in 1945.

“Some day;  after mastering winds, waves, tides and gravity,  we shall harness for God the energies of love and then, for the second time in the history of the world, man will have discovered fire.”

For Teilhard; love was not an emotion or a sentiment;  but the basic primal and universal psychic energy.  This is a concept drawn from Chinese culture. Teilhard lived in China from 1923 to 1946;  and was interested in Chinese thought. (2) The Chinese word jen; a term translated as love, benevolence or affection; is not only an emotional-moral term; but it is also a cosmic force − a compassionate quality that is the very structure of the earth. 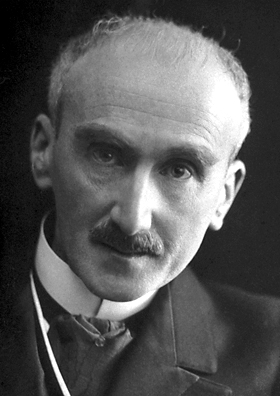 Optimism and evolution are the two themes that Teilhard de Chardin leaves with us. He insisted at looking at the human population as one global family; developing a network of mutual support − recognizing the need of global solidarity. His thinking provides a framework for much of the approach of the Association of World Citizens.