Stringfellow Barr;  whose birth anniversary we mark on 15 January;  was a historian;  largely of the classic Greek and Roman Empire period and an active world citizen.

He served as president of the Foundation for World Government; from its start in 1948 to its closing in 1958.  He  was president of St. John’s College in Annapolis, Maryland (also home of the U.S. naval academy;  which turns out sailors). The aim of St. John’s; under Stringfellow Barr was to turn out well-read liberals;  who would have studied a common set of “Great Book” starting with the Greeks such as Plato.  The Great Books approach to learning developed community reading circles across the USA; very popular in the 1950s.

Stringfellow Barr had the good luck or a sense of the right timing to publish a short 36-page booklet; Let’s Join the Human Race in 1950. (1)  In his 30 January 1949;   Inaugural Address on becoming President of the U.S.A. Harry Truman set out four policy ideas; which he numbered as Point One to Point Four. 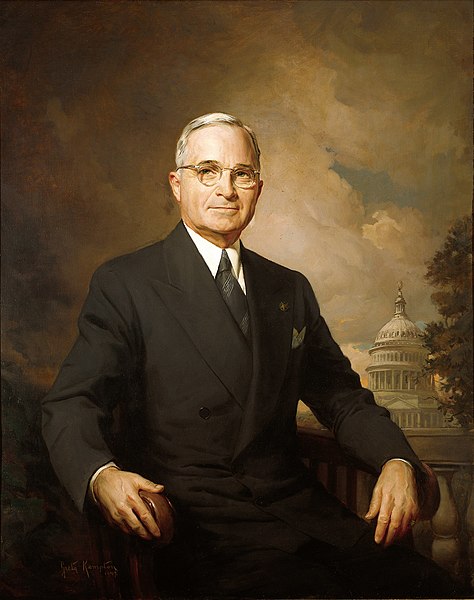 Official Presidential Portrait. Notice the Capitol Building in the background. Truman, who was a two-term senator from Missouri and as vice-president presided over the Senate, wanted to emphasize his legislative career rather than his executive and the constitutional emphasis of the former over the latter. (1945). By Greta Kempton, Public domain, via Wikimedia Commons.

Point Four  was really an afterthought as some mention of foreign policy was needed for balance. Point Four was “a bold new program for making the benefits of our scientific advances and industrial progress available for the improvement and growth of underdeveloped areas.”

While the first three points dealing with domestic policy were quickly forgotten; Point Four caught the interest of many Americans as had the earlier Marshall Plan for Europe.  For some Americans; Point Four as the idea was called had an anti-Russian coloring.  U.S. technology to raise the standard of living of poor countries would prevent them “from going communist”.  For others; such as Stringfellow Barr;  the effort of raising the standard of living of the poor was a good thing in itself; and it should not be the task of the U.S.A. alone.

Barr  wrote “The people of the world are alone able to take on what is the main economic problem of every single national group – the problem of rebuilding their common world economy.  They can hope to do it only by the massive use of public funds.  America cannot do it for them… The nearest thing to a suitable agency that already exists is the United Nations.  And the United Nations is the nearest thing that exists only because the people of the world lack a common government.”

Citizens of the World.

Barr  called for the United Nations to create a World Development Authority:

“calling in all neighbors from the Mighty Neighborhood.”

He places the emphasis on hunger; which at the time was the public face of underdevelopment.  Robert Brittain’s Let There Be Bread and Josué de Castro’s;    The Geography of Hunger were among the most widely-read books by people interested in development at the time. 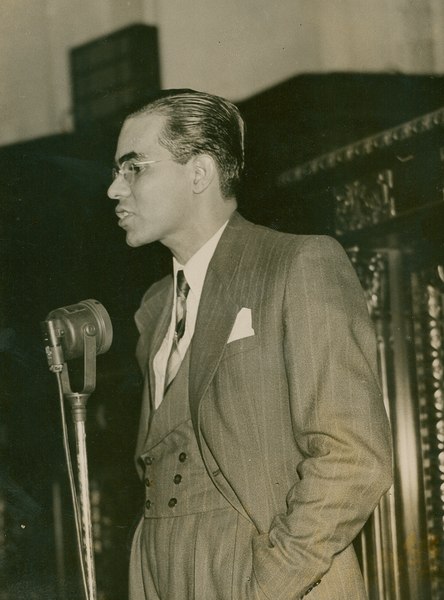 Today we have a broader view of what development requires; however food and rural development remain critical issues.  The efforts of the United Nations system for development are not integrated into a World Development Authority.   There are repeated calls for greater coordination and planning within the U.N. system. The 2015-2030 Sustainable Development Goals are an effort to provide an over-all vision;  but common action remains difficult.

As Barr pointed out at the time; most of the proposals to improve the U.N. have focused their attention on the elimination of war; obviously important in the 1950s; when war between the USSR and the USA was a real possibility; highlighted by the 1950-1953 Korean War.

However; world citizens have tried to look at the total picture of the social, political and economic life of all the people of the world.

Today the focus of citizens of the world is more on the need for world-focused attitudes and policies rather than on new political structures.  Yet the vision of Stringfellow Barr remains important as we highlight his birth anniversary.

Rene Wadlow, President, Association of Citizens of the World.