New Start for Stability in Libya.

Photo by  jorono in Pixabay

The 74 members of the Libya Political Dialogue Forum meeting in Geneva, Switzerland;  with the mediation of the United Nations;  on 5 February 2021; announced the creation of a new executive authority for all of Libya.

This interim unity government would lead the administration until national elections; which are to be held on 24 December 2021. This interim executive authority has the mandate to fulfill the 23 October 2020 Cease-fire Agreement; which calls for a permanent ceasefire and the withdrawal of all foreign fighters.
This new interim executive authority by its membership; tries to build a balance among the three geographic divisions of the country. It also tries to build on new faces; which have been relatively not directly involved in the troubled situation since the 2011; end of the government of M. Qaddafi.

The new interim executive will have a three-person Presidency led by Mohammad Younes Memfi. He was born in 1958. He is an engineer and businessman from Misratia. Mohammad Younes Memfi  was educated in Canada and has not been directly involved in politics before. The other two members of the Presidency are Abdullah Hussein Al-Lafi; more involved in politics but not in the first ranks; and Mossa Al-Koni; an ethnic Tuareg from the south near the frontier with Mali. Abdul Hamid Mohammed Dbeibah will serve as Prime Minister under this new Presidency.

There is still a long road ahead to create meaningful reconciliation among the divisions; based on geography, tribal networks and religious brotherhoods. At Independence in 1951; authority rested with King Sayyid Idris (1890-1983); the leader of an important Islamic brotherhood; who remained more concerned with religious reforms than with the structure of the government. (1)

When the military officers; led by Colonel Moammar Qaddafi took power in a coup in September 1969; there was for a short time some discussion as to the forms that the government should take. Colonel Qaddafu wanted to do away with parliamentary government and representative elections; in favor or people’s committees; a people’s congress and revolutionary committees – all held together by the ideological assumptions of his Third Universal Theory – a concept that embodied anti-imperialism, Arab unity, Islamic socialism and direct popular democarcy. (2) 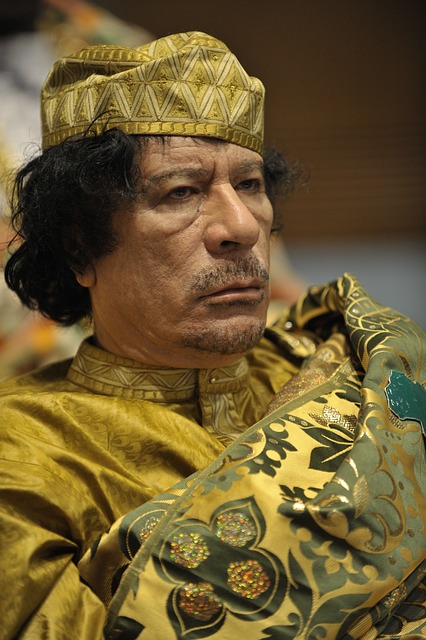 Disagreements on the nature of the State; had led to important divisions among the ruling circle; especially in 1975.

However; all open discussions on the nature of the State; of the relations between State and society;  of the place of tribes and of religious brotherhoods were considered subversive; in fact treason. In practice; but not in theory; decision-making was in the hands of Colonel Qaddafi, his family, friends and tribal allies. (3)

Since the end of the Qaddafi government; the country has been largely divided into three unstable zones: the West with Tripoli as the main city; with a “Government of National Accord” led by Faiez Sarraj; an East around Benghazi; with the “National Libyian Army” under General Khaifa Haftar; and the south divided among many political, tribal factions.

However; both the West and the East contain different armed tribal groups; Islamic militias and armed groups linked to the exploitation of migrants, traffick in arms and drugs. As the disorder dragged on; more and more outside States; became involved to different degrees and in different ways: Russia, Turkey, Egypt, France, the USA and to some extent the African Union.

To what extent the new interim authority will be able to create public services; limit outside influences and create appropriate forms of government will have to be seen. Libya merits close attention.