Dario Novellino;  sets out clearly the framework of this collection of anthropological essays;  on the role of local knowledge in conditions of social change. “While the involvement of local communities in developing projects is today recognised as a necessity;  there is still a tendency to underestimate the role of the factors that jeopardise successful communication;  between development workers and local people.

The conditions under which people may decide to ‘disclose’ their ‘knowledge’ and make their needs explicit;  are very difficult to create. Interaction between community members and project workers (for example;  developers or conservationists);  seldom leads to mutual comprehension.

Frequently;  negotiation builds upon a number of misunderstandings;  that may be fostered intentionally or spontaneously due to differences in cognition, expectation, background knowledge, language and attitudes.”

Local knowledge is not a fixed body of facts;  but rather a pool of ideas;  which is drawn upon for specific purposes;  and to meet specific needs. As with all pools;  there are flows of new ideas from outside. Local knowledge never stands still; it is dynamic and strategic;  giving rise to a plethora of diverse knowledge;  which are socially embedded.

All knowledge is power. Knowledge is acutely political;  because what is excluded;  and who is qualified to know involves acts of power, authority, and legitimation. Thus;  the importance of knowing gender relations  and class-status differences;  when looking at expressions of local knowledge.

Local knowledge is also ideology. Raminder Kaur;  in his essay studies;  the way attitudes toward the nuclear weapons of India and Pakistan;  are reflected just three months after the nuclear weapons tests of 1998;  in the Ganapati festival in Mumbai (Bombay).

Within the Ganapati festival;  there are parades with floats or fixed shrines; which display socio-economic tableau;  which are presented to Ganapati;  the elephant-headed deity;  also known as Ganesh;  who is considered ‘the remover of obstacles.’ As Kaur notes “The public Ganapati festival;  as we know it today;  was started by Bal Gangadhar Tilak in the 1890s;  as a means to circumvent colonial laws prohibiting collective gatherings.

By using the pretext of a religious festival;  and the British reservations;  against interfering in the religious affairs of indigenous communities. Tilak was able to disseminate his political views;  to large audiences. Similarly;  today’s political uses of the festival;  represent dynamics of nationalism;  with differing political motives and contexts.”

Here;  we see local knowledge and values;  integrating a new political factor — the nuclear weapon tests;  of India and Pakistan — into a religious framework — the idea that a god can remove obstacles;  which men have created – and the expression of different attitudes;  to nuclear weapons  in a religious festival;  which had already been transformed;  so that political views could be expressed.

Two other essays deal;  with the use of local knowledge — or what is said;  to be local knowledge — in cases of political violence. Johan Pottier; one of the editors;  presents a study “Modern Information Warfare Versus Empirical Knowledge: Framing ‘The Crisis’ in Eastern Zaire, 1996”.

The United Nations has been increasingly drawn;  into the violent political situation of Zaire;  now Democratic Republic of Congo;  in part as a consequence of the 1994;  genocide in Rwanda;  its spillover effect in Zaire;  and the political-economic rivalry of the new leadership;  in both Rwanda and Uganda.

Knowledge of the local situation in eastern Zaire;  held by academic writers;  was largely overlooked;  by the ambassadors at the UN;  while they accepted the position of the Rwandan government;  that the Tutsi in Kivu;  were persecuted because of their ethnicity by Rwandan Hutu;  who had fled Rwanda;  and continued the genocide. As Pottier states:

“The events in eastern Zaire, 1996;  illustrate the danger — already well understood in debates on technology — that ‘local knowledge’ is still treated as homogeneous;  incontestable and applicable over fairly extensive areas.”

“The Global Flow of Knowledge on War Trauma: The Role of the Cinnamon Garden Culture in Sri Lanka”.

Another essay dealing;  with the consequences of violence;  is Alex Argenti-Pillen “The Global Flow of Knowledge on War Trauma: The Role of the Cinnamon Garden Culture in Sri Lanka”. The Cinnamon Garden is an area of the capital Colombo;  where are housed  many  NGOs dealing with mental health;  humanitarian aid workers;  and other Sri Lankan intellectuals.

There is a growing awareness;  that war and armed violence leaves;  deep scars upon people;  which influences their future behaviour. These scars are called;  in the largely Western mental health vocabulary  “post-traumatic stress disorder”;  and are thought to predispose people;  to further violent upheaval;  and ongoing cycles of violence. This action and its consequences;  is what is known in both Hinduism and Buddhism as karma.

The problem facing modern;  Sri Lankan mental health workers;  is to translate terms from English;  and its Western analytical framework;  into terms understandable by rural Sri Lankans;  who had been caught up in the violence;  and counter-violence of the Government versus the leftist JVP insurgency;  in the south of Sri Lanka.

The same problems of war trauma;  exist in the better known conflicts of the north;  between the Government and the Tamils.

When a religious service;  or rite is needed;  people go to find a monk;  who will do the ritual. Thus;  when some mental health words;  are translated into Colombo-style ‘high Sinhala’;  neven though the term has Buddhist roots;  it is understood with dificulty by the people;  who are to be helped. Yet at a popular level in rural Sri Lanka “mental illness”;  is seen as a total inability to function;  and so the lasting;  but subtle forms of post-conflict trauma;  are not seen by village people as a mental illness requiring care.

In this Sri Lankan case;  there is a need for three levels of approach. The first;  is an understanding of the ‘local knowledge’ — the way people understand their feelings, ideas, motivations, the consequences of action.

The second level;  is an understanding of Buddhist philosophical thought;  which colors;  but is not identical with popular perceptions. Buddhism has long been concerned; with the way in which feelings and ideas arise;  and how they influence action. However;  time and practice;  has given Buddhist monks;  and their institutions a crust;  which makes the healing aspects of Buddhism;  largely unrecognized.

The third level is Western mental health;  especially those elements;  which arise from a study of war-torn societies. While it is difficult to be a ‘cultural broker’ or a ‘cultural facilitator’;  in order to be helpful;  one must feel at ease;  with these three levels of analysis. 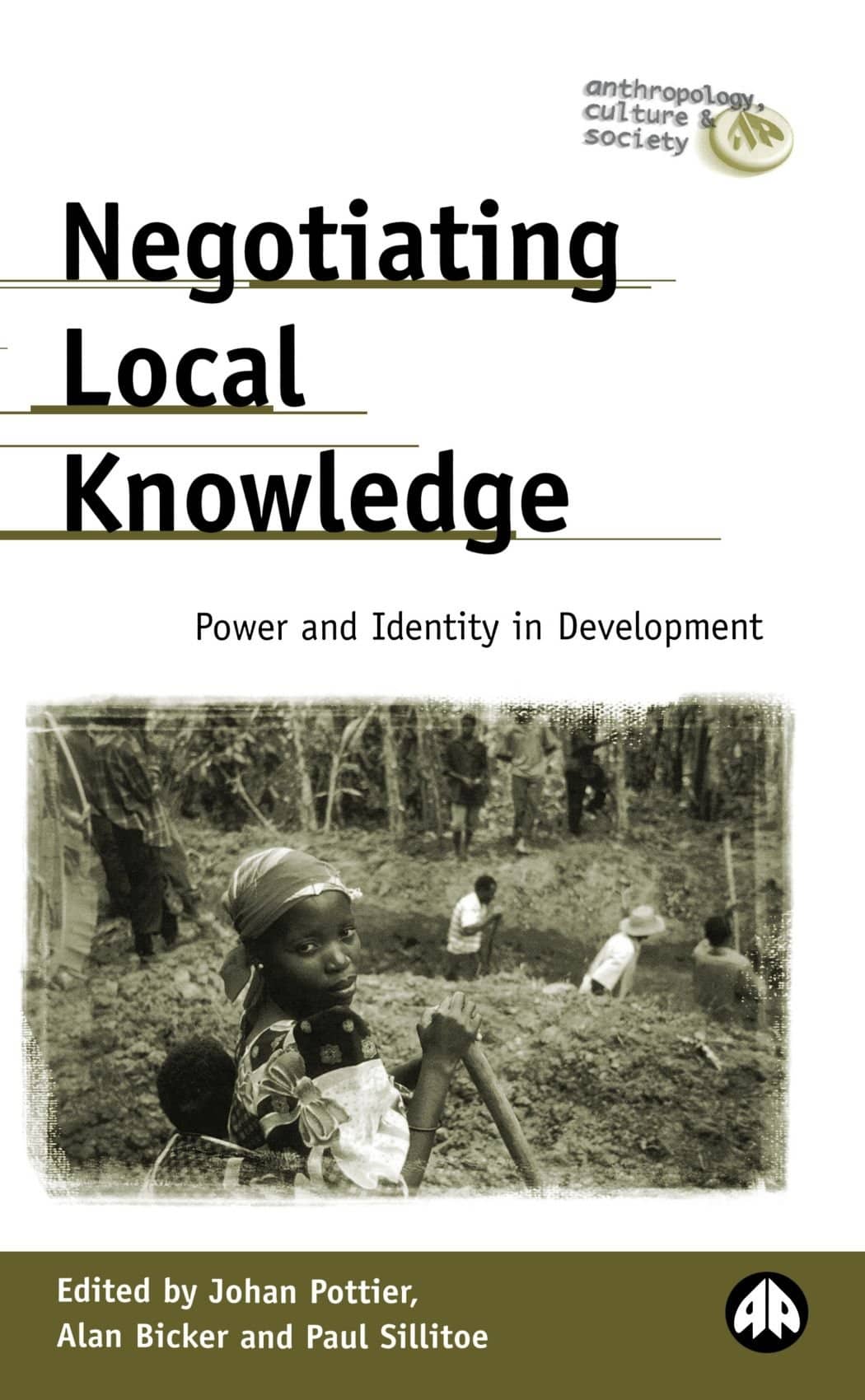 These essays are a useful presentation of the ways;  in which local knowledge is used in the development process. As has been pointed out;  development is

“often a messy business of decisions that have to be taken in difficult circumstances;  on the basis of inadequate knowledg;  reactions, counter-reactions and compromises;  and it always constitutes a learning process for all involved.”