Maurice Béjart: Starting Off the Year with a Dance

January 1st  is the birth anniversary of Maurice Béjart, an innovative master of modern dance. In a world where there is both appreciation and fear of the mixing of cultural traditions;  Maurice Béjart was always a champion of blending cultural influences.

He was a world citizen and an inspiration to all,  who work for a universal culture. His death on November 22, 2007 was a loss;  but he serves as a forerunner of what needs to be done, so that beauty will overcome the walls of separation. One of the Béjart’s most impressive dance sequences was Jérusalem, Cité de la Paix;  in which he stressed the need for reconciliation and mutual cultural enrichment.

Maurice Béjart in rehearsal – Fold according to Fold – with Rita Poelvoorde and Bertrand Pie (1976). By Jean-marie waregne, CC BY-SA 4.0 <https://creativecommons.org/licenses/by-sa/4.0>, via Wikimedia Commons.

The Spirit of His Father.

Béjart followed in the spirit of his father, Gaston Berger (1896-1960);  philosopher, administrator of university education, and one of the first to start multi-disciplinary studies of the future. Gaston Berger was born in Saint-Louis de Sénégal;  with a French mother and a Senegalese father.

Sénégal, and especially Leopold Sendar Senghor, pointed with pride to Gaston Berger as a “native son” — and the second university after Dakar was built in Saint-Louis and carries the name of Gaston Berger. Berger became a professor of philosophy at the University of Aix-Marseille and was interested in seeking the basic structures of mystical thought;  with study on the thought of Henri Bergson and Pierre Teilhard de Chardin; both of whom were concerned with the basic energies which drive humanity forward.

Berger was also interested in the role of memory;  as that which holds the group together writing that it is memory which allows us “to be able to hope together, to fear together, to love together, and to work together.”

In 1953, Gaston Berger was named director general of higher education in France;  with the task of renewal of the university system after the Second World War years. Thus;  when Maurice-Jean Berger, born in 1927, was to start his own path, the name Berger was already well known in intellectual and administrative circle. 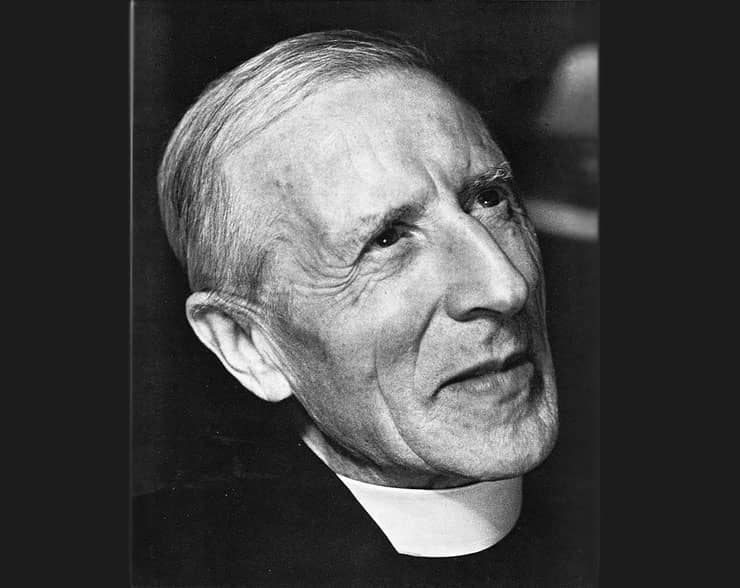 Teilhard de Chardin: The Noosphere and Evolution Toward World Unity.

Béjart’s Talent was Primarily as a Choreographer.

Maurice changed his name to Béjart;  which sounds somewhat similar,  but is the name of the wife of Molière. Molière remains the symbol of the combination of theater-dance-music.

Maurice Béjart was trained at the Opéra de Paris and then with the well-known choreographer Roland Petit. Béjart’s talent was primarily as a choreographer;  a creator of new forms blending dance-music-action. He was willing to take well-known music such as the Bolero of Maurice Ravel or The Rite of Spring, and The Firebird of Stravinsky;  and develop new dance forms for them. However, he was also interested in working with composers of experimental music such as Pierre Schaeffer.

Béjart also continued his father’s interest in mystical thought;  less to find the basic structures of mystic thought like his father but rather as an inspiration. He developed a particular interest in the Sufi traditions of Persia and Central Asia. The Sufis have often combined thought-music-motion as a way to higher enlightenment.

The Teaching and Movements of G. I. Gurdjieff.

The teaching and movements of G. I. Gurdjieff are largely based on Central Asian Sufi techniques even if Gurdjieff did not stress their Islamic character. Although Gurdjieff died in October 1948;  he was known as an inspiration for combining mystical thought, music and motion in the artistic milieu of Béjart.

The French composer of modern experimental music;  Pierre Schaeffer with whom Béjart worked closely was a follower of Gurdjieff. Schaeffer also worked closely with Pierre Henry for Symphonie pour un homme seul and La Messe pour le Temps Présent;  for which Béjart programmed the dance. Pierre Henry was interested in the Tibetan school of Buddhism, so much of Béjart’s milieu had spiritual interests turned toward Asia. 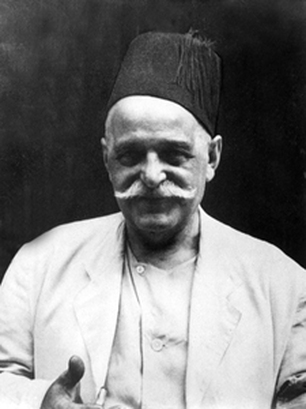 “Opening The Heart To The Light of Love.”

It was Béjart’s experience in Persia where he was called by the Shah of Iran to create dances for the Persepolis celebration in 1971 that really opened the door to Sufi thought — a path he continued to follow. A Sufi theme is “opening the heart to the light of love.” Sufi movements, which Béjart adopted, is to develop movements in time with the beating of the heart.

Béjart also followed his father’s interest in education and created dance schools both in Bruxelles and later Lausanne. While there is not a “Béjart style” that others follow closely, he stressed an openness to the cultures of the world and felt that dance could be an enrichment for all social classes. He often attracted large audiences to his dance performances, and people from different milieu were moved by his dances.

Béjart represents a conscious effort to break down walls between artistic forms by combining music, dance, and emotion and the walls between cultures. An inspiration for world citizens to follow. 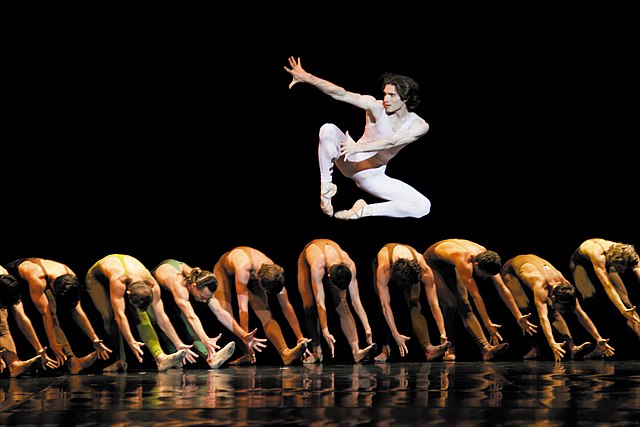