Leo Tolstoy: The Law of Love.

“We possess a single infallible guide, the Universal Spirit that lives in men as a whole, and in each one of us, which makes us aspire to what we should aspire: It is the Spirit that commands the tree to grow toward the sun, the flower to throw off its seed in Autumn, us to reach out towards God, and by so doing, become united to each other.”
Leo Tolstoy.

9 September marks the birth of the multi-dimensional Count Leo Tolstoy, an aristocratic land owner, a young military officer, a distinguished author of War and Peace, Anna Karenina, Hedji Mirad, a spiritual-moral philosopher deeply influenced by the Semon on the Mount of Jesus, and a champion of non-violent action. It is this last aspect and the link with Mahatma Gandhi that I would like to stress.

The final two yeas of Tolstoy’s life (1909-1910) were enlightened by his written contacts with Mohandas Gandhi (not yet called Mahatma) Gandhi had read Tolstoy’s fundamental spiritual-political work, The Kingdom of God is Within You shortly after it was published in England in 1893 and had been much moved by it. Gandhi had his friends translate the book into his native language, Gujarati.

To render good for evil.

Gandhi had read earlier in London Helena Blavatsky‘s The Voice of Silence, published in 1889, which elaborated the doctrine of liberation through service to others with the Buddhist concept of bodhisatva − the enlightened being who postpones indefinitely entry into nirvana in order to serve others. The voice of silence is the inner voice of the Higher Self or the soul. There is also developed the idea ‘to render good for evil’.

Thus Gandhi was well prepared to react positively to Tolstoy’s vision even if the vocabulary was largely Christian. Christ’s teaching, writes Tolstoy, differs from other teachings in that it guides humans not by eternal rules but by an inward consciousness of the possibility of reaching divine perfection. Tolstoy stresses the Middle Way, which led the French writer E.M. De Vogue to write that Tolstoy had the soul of an Indian Buddhist. Tolstoy had discovered that non-violence must have a spiritual foundation, most clearly expressed for him in the Gospels. Tolstoy wrote:

“the truth that for our life one law is valid, the law of love which brings the highest happiness to every individual as well as to all mankind.”

Leo Tolstoy and Gandhi never met, but they corresponded with each other during the final two years of Tolstoy’s life. Tolstoy had read Hind Swaraj (1909) where Gandhi set out his vision of a liberated India, the means to reach liberation, and what an independent India could mean for the world. It was Gandhi’s plan of action before he set out to put it in practice. Gandhi had listed some of Tolstoy’s books in a list of supplementary readings to Hind Swaraj in particular The Kingdom of God is Within You and Letter to a Hindoo, Tolstoy’s reply to an Indian revolutionary who had proposed a violent uprising.

“I read your book with great interest because I think that the questin you treat in it − the passive resistance − is a question of the greatest importance not only for India but for the whole humanity.”

Gandhi’s efforts in South Africa were signs to Tolstoy that non-violence based on the importance of personal virtue could be put into practice. Much of the last years of Tolstoy’s life was a harsh struggle against darkness as represented by the State, its war-making power, its ideologies, and the social thinking that structured the State. Colonialism, imperialism and the oppression of the indigenous peoples were the hallmark of the State.

He saw the forces at work that would lead to the First World War and the Russian Revolution. By 1901 he had been excommunicated from the Russian Orthodox Church − not that he expected much light to come from Church-State relations. The Church did insist that no prayers be said at Tolstoy’s funeral.

René Wadlow, president and a U.N. representative (Geneva) of the Association of World Citizens. 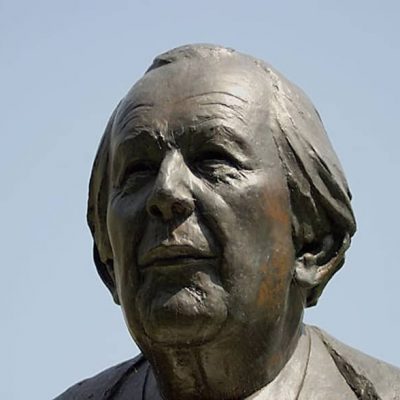 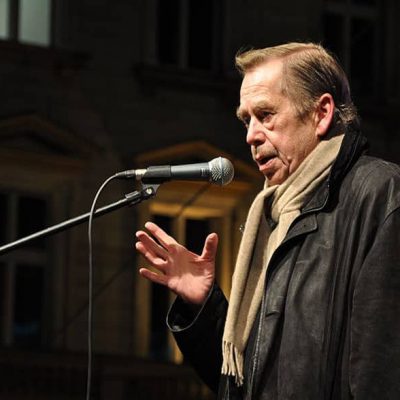