Kuan Yin : She who harkens to the cries of the world Wise in using skilful means, She manifests her countless form.

May all living beings recognise others as part of the same family;  and so develop kindness towards all. May we contribute to peace in the world. May peace-loving people, East and West;  accomplish their goals of joy and harmony in the world.

February 19 is the day;  especially in Chinese culture to honour Kuan Yin: the Goddess of Mercy for the Taoists and the Bodhisattva of Compassion for the Buddhists. In Buddhism;  a Bodhisattva is a person who has achieved enlightenment;  but who does not enter Nirvana;  but who returns to give guidence and protection to struggling humanity.

Shrines to Kuan Yin stand in many places in China and in several neighboring countries as well.  Whenever possible;  these shrines are placed near running water or overlooking a lake.  She is often depicted by painters as seated on a rock gazining out across the water or standing on a floating lotus petel.

Kuan Yin is a symbol of motherly protection.

However;  Kuan Yin has also a mischievous, freedom-loving side to her nature.  In her Mongolian and Tibetan form as Tara, she is close to the hearts of Tibetan, Mongolian, and Nepali Buddhists. Kuan Yin, under her name Kuannon-sama has achieved much the same popularity in Japan.

Kuan Yin is a feminine symbol;  an image which one can hold in mind – she who hears the crises of the world.  As a praise song states “Wise in using skillful means, in every cornor of the world, she mainfests her countless forms, extingishing the flames of woe.” 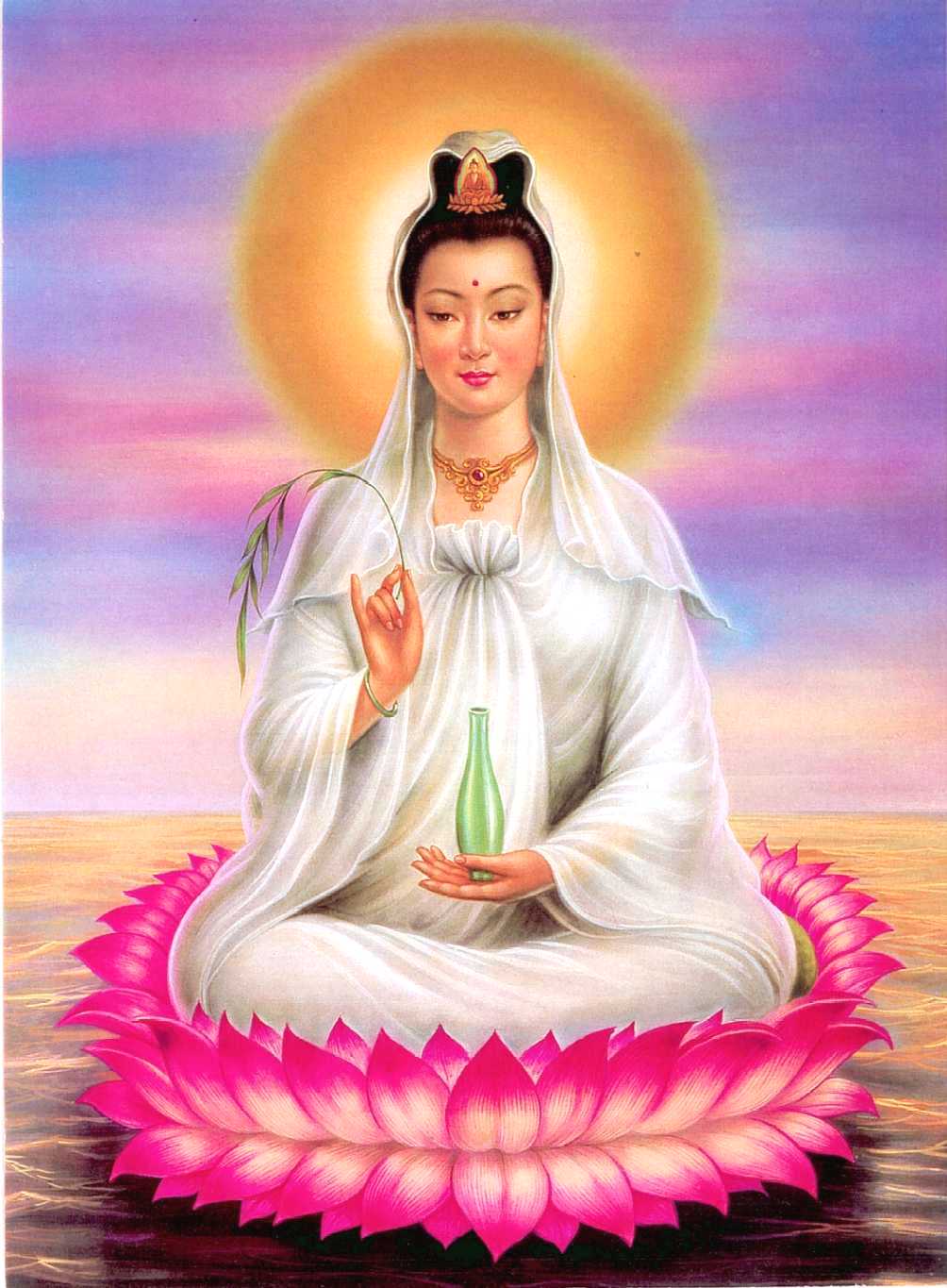 On 19 February;  offerings of incense are made along with tea for wisdom and fruit for prosperity.  The aim is to resemble the Taoist sages of old whom ice could not freeze nor sunbeams scorch.