Gary Lachman’s book could more accurately have been titled “The Return of the Silver Age”;  but the Return of Holy Russia is more dramatic;  and more easily understood  by those unfamiliar with Russian literary currents.  Lachman has written on spiritual;  and intellectual thinkers in Russia;  such as his In Search of P.D. Ouspensky: The Genius in the Shadow;  of Gurdjieff  and his more recent  Dark Star Rising.

The Silver Age in Russian intellectual history;  goes from about 1900 to 1922.  It ends when the Soviet power is consolidated;  and a Marxist ideology becomes the State-imposed framework.  Some of the Silver Age writers go into exile;  in particular to France and the USA;   where they continue writing. Others stay on in the USSR;  hoping  that a more liberal period might follow.

Some who stayed in the USSR formed an unofficial network;  and kept in touch with each other.  As Lachman points out;  there have always been “underground” networks of thinkers in Russian life.  At times;  they were more structured within international Masonic lodges.  More often the networks were informal;  but people recognized each other as being “on the same wave length”.  These networks became more visible in the 1970s;  with the circulation of samizdat (self-published) manuscripts.

What is it to be Russian and What is The Role of Russia in the World?.

A recurrent theme in Russian thought has been “what is it to be Russian and what is the role of Russia in the world?” Pr-Silver Age writers such as A. I. Hertzon (1812-1870) and M.A. Bakunin (1814-1870);  proposed a federation of Slavoic peoples;  both as protection against an expansionist Western Europe;  and as a way of expressing their cultural nature.  For Bakunin;  the Slavs should form a federal state – a “Slavoic Rada”. Such a federation would be a bridge between Western Europe and Asia.

With the Silver Age;  more religious and spiritual elements entered into the image of the nature and role of Russia.  The Russian national character has a unique spiritual strength;  created by patience during suffering.  For some;  the religious element is directly associated with Russian Orthodox Christianity.  For others such as  Ouspenski and Gurdjieff;  there is a more esoteric-spiritual tradition at work.  There is a secret community of saints at work in the world behind the scenes;  the seekers of wisdom.  The theme of Holy Russia is common to all. 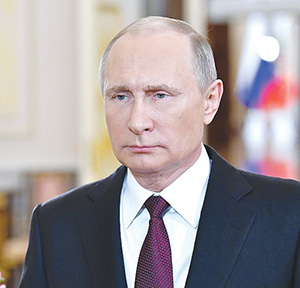 With the end of the USSR;  interest in esoteric and non-orthodox spirituality can be expressed openly;  and is found at all levels of intellectual and spiritual life.  Writings of Silver Age writers published in Paris;  or the USA are now being published in Russia.  There is a strong interest in human potential techniques of meditation, yoga, and exploration of inner worlds. Garry Lachman has written a useful guide to these important intellectual currents;  which also impact Russian stratigraphic policy – currents which merit  being better known.