Edward Carpenter and the Healing of Nations.

Edward Carpenter (1844-1929) whose birth anniversary we note on 29 August, was an English writer, educator and pacifist, socialist reformer. Carpenter came from a middle class intellectual family and studied at Cambridge University. As with some of his fellow students who were interested in philosophy and ideas, he was ordained in the Church of England hoping that its outlook and theology could be widened from the inside.  However, once inside, he realized that the broadening goal would take a long time.  Thus by 1874 he left the church for a new field − university extension courses − a program of night school education for the “working classes”.

Just as he was about to become a Church of England cleric in 1869, he discovered the poems of Walt Whitman which became the inspiration for his own poems as well as for an opening to a cosmic consciousness that Whitman manifested. As Carpenter wrote in Angels’ Wings “Whitman’s verse in its most successful passages, so magnificent in its effects, so democratic in feeling, so democratic in form, is more absolute in expression, more real in its content, burns brighter in the nearness of sunrise, and yet lies so near along to Nature and the innocent naivety of speech of a child, that some people are inclined to deny to it the quality of Art at all!” Whitman was his life-long model, and Carpenter spent time in the USA to be with Whitman, an experience which he recorded in a book Days with Walt Whitman. 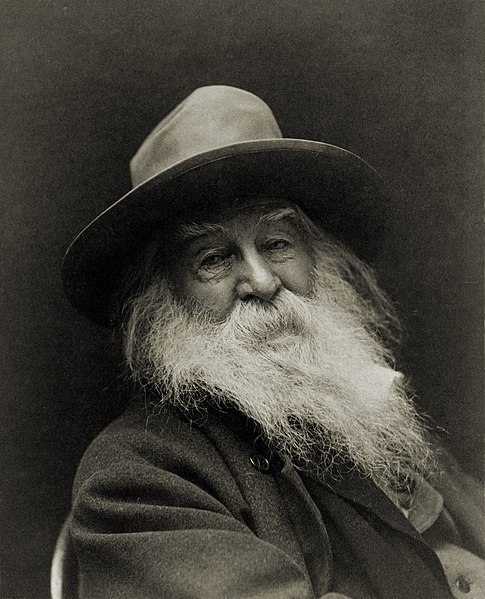 Like Whitman, Carpenter was attracted to Indian philosophy and travelled to India. He became a friend of Rabindranath Tagore. His Indian travels and attraction to Indian thought he recorded in Adam’s Peak to Elephanta: Sketches in Ceylon and India. Carpenter kept up his interest in Indian thought through friendships in the then recently-created Theosophical Society.

As others influenced by the Theosophical Society such as the Irish poet and agricultural reformer George Russell (best known by his pen name AE), Carpenter saw the need to improve rural life and to bring intellectual and cultural enlightenment to the rural areas. Thus he gave up formal university extension work and bought a farm which became a meeting place for discussions among many in the area − an early “back to the land movement”. He stressed using hand-made clothes, the non-killing and non-eating of animals, and the use of herbs for health. 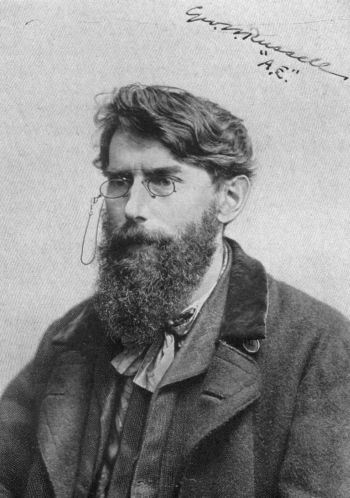 He lived in a homosexual relationship with a farmer at a time when homosexuality was considered a criminal offense.  Carpenter wrote two books on homosexuality. For a long time these were the only books on the subject published by a major publisher: The Intermediate Sex and Intermediate Types Among Primitive Folk.

The Healing of Nations is his most important political book − a collection of essays for the most part published in newspapers and small journals written in late 1914 and early 1915 as World War I started. Carpenter had long held that a new age of fellowship was dawning in which social relations would be transformed by a new spiritual consciousness. His thinking on the outbreak of the war was close to that of Romain Roland and P. Kropotkin, both of whom he quotes at length.

Carpenter was close − though never a member − to the Independent Labour Party who’s 1914 Manifesto he quotes as its proposals were similar to his own:

” We hail our working-class comrades of every land. Across the roar of guns we send greetings to the German Socialists. They have laboured unceasingly to promote good relations with Britain, as we with Germany.  They are no enemies of ours, but faithful friends. In forcing this appalling crime upon the nations, it is the rulers, the diplomats, the militarists who have sealed their doom. In tears and blood and bitterness the greater Democracy will be born. With steadfast faith we greet the future; our cause is holy and imperishable, and the labour of our hands has not been in vain.”

Carpenter went on with his own call to action:

“Thus we have to push on with discernment. Always we have to remember that the wide, free sense of equality and kinship which lies at the root of Internationalism is the real goal. Always we have to press on towards that great and final liberation − the realization of our common humanity, the recognition of the same great soul of man slumbering under all forms in the heart of all races − the one guarantee and assurance of the advent of world peace.”

At a time when in England and France there are commemorations of the anniversaries of the 1914-1918 War, it is useful to recall that there were voices in opposition and persons like Carpenter who saw that an awareness of the spiritual dimension of each person was the basis for the healing of the nations.