Jerusalem-Gaza 2021, An Effort is Needed For An Ecologically-sound Gaza Development Programme.

In early May 2021, Palestinians protesting the pending eviction of six  famlies from their home in East Jerusalem clashed with Israeli police.  For many Palestinians the eviction cases evoked a long history  of dispossesion.  Hamas, from its positions in the Gaza Strip, warned that it would “not stand idly by.” On 10 May, Hamas forces fired a fusillade of rockets and missils at Israeli villages and cities.  The Israeli Defense Forces responded with strikes on Gaza, inaugurating a conflict of depressing familiar dimentions after similar clashes in 2009, 2012, 2014.  After 11 days of destruction and loss of life and behind-the-scenes mediation by Egyptian diplomats, a ceasefire was declared.

It is difficult to predict the political future of Gaza both in terms of relations between Hamas and Fatah as well as the future relations with Israel and Egypt.  What is certain is the Israel-Gaza conflict and the long embargos by Israel and Egypt for different national reasons have crippled and in some cases destroyed the manufacturing and agricultural sectors of the Gaza Strip;  where some one and a half million people depend on imports for most basic goods and on exports for livelihood.  The economic and social situation in Gaza distorts the lives of many with high unemployment, poor health facilities, and a lack of basic supplies.

Men take great decisions only when crisis stares them in the face.

As the political situation is so uncertain, it is important not to rule out in advance political and economic proposals even if at first sight, such proposals seem unlikely to be able to be put into practice. As Jean Monnet, one of the fathers of the European Common Market had said “Men take great decisions only when crisis stares them in the face.”  Just as the first steps of the European Common Market had to overcome the deep wounds of the Second World War, so in the situation of Gaza, there is a need to break strong psychological barriers with cooperative economic measures.

One possibility for socio-economic recovery of Gaza would be a trans-national economic effort that would bring together energy, knowledge and money from Gaza, Israel, the West Bank and Egypt, creating conditions which would facilitate the entry of other investors.

A Corporation clothed with the power of Government but possessed of the flexibility and initiative of a private enterprise. 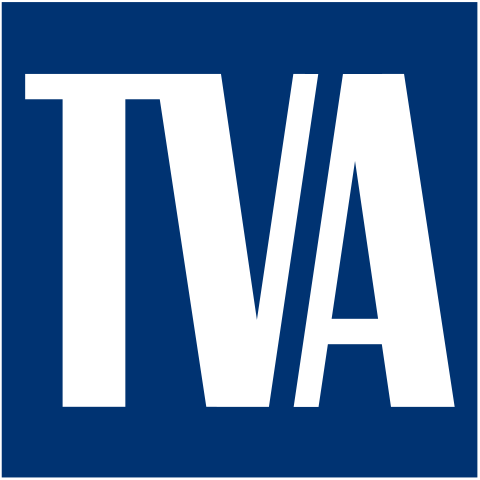 A possible model is the trans-state efforts of the Tennessee Valley Authority (TVA) of the US New Deal.  The TVA was a path-making measure to overcome the deep economic depression of the 1930s in the USA.  In May 1933, the Roosevelt administration and the Congress created the TVA.  In his message to Congress, Roosevelt suggested that the Authority should be a:

“corporation clothed with the power of Government but possessed of the flexibility and initiative of a private enterprise.  It should be charged with the broadest duty of planning for the proper use, conservation and development of the natural resources of the Tennessee River drainage basin and its adjoining territory for the general social and economic welfare of the Nation…This in a true sense is a return to the spirit and vision of the pioneer.  If we are successful here, we can march on, step by step, in the development of other great natural territorial units.”

The central idea back of the TVA was that it should do many things, all connected with each other by the concrete realities of a damaged river full of damaged people.  To do all these activities well, it had to be a public corporation: public, because it served the public interest and a corporation rather than a government department, so that it could initiate the flexible responsible management of a well-run private corporation.

As Stringfellow Barr wrote in Citizens of the World:

“The great triumph of the TVA was not the building of the great dams.  Great dams had been built before. Its greatest triumph was that it not only taught the Valley people but insisted on learning from them too.  It placed its vast technical knowledge in the pot with the human wisdom, the local experience, the courage, and the hopes of the Valley people, and sought solutions which neither the Valley folk nor the TVA technicians could ever have found alone.  It respected persons.”

Only a New Deal is likely to break the cycle of violence and counter-violence.

The Gaza strip is not one of the great natural territorial units of the world, and respect for persons has been in short supply.  However, only a New Deal is likely to break the cycle of violence and counter-violence.  A Gaza Development Authority, an independent socio-economic corporation devoted to multi-sector and trans-national planning and administration  would be an important start in a new deal of the cards.  Such a Gaza Development Authority would obviously have Hamas members; but also persons chosen for their expertise as well as persons from community organizations.

Strong socio-economic structures are needed which can hold during periods of inevitable future tensions. A Gaza Development Authority can be a framework for such strong measures of cooperative effort.