A Day of Deeper Peace.

21 September is the U.N. sponsored International Day of Peace chosen to mark the annual start of the U.N. General Assembly.  The General Assembly touches upon all the armed conflicts and tension areas. It can highlight the peace missions of the U.N. peacekeeper troops at work in different parts of the world.  Often, there are informal talks behind the scenes among the representatives of States in conflict.

However, there is little or no avenue for talks with non-State armed groups such as ISIS.  Non-governmental organizations (NGOs) have no direct standing with the General Assembly.  Consultative status is granted by the Economic and Social Council.  However, NGO representatives are active in the hallways and coffee bars during the General Assembly, and government representatives become aware of their suggestions.

However, a deeper approach to peace building is necessary, and the Day of Peace is a moment when these deeper approaches can be expressed. Thus, the Association of World Citizens has stressed the peacebuilding approach of Louise Diamond.

Louise Diamond, a co-founder of the Institute for Multi-Track Diplomacy in Washington, DC, works in areas of inter-ethnic conflict to empower peacebuilders.

“Our power to empower is perhaps the most important role we can play in the 21st century. The more individuals who feel empowered to work in their own systems for peace and conflict transformation, the closer the world comes to that critical mass that will allow for a massive leap of consciousness, allowing new processes for peace that were previously unimaginable to become normative and easy.” She stresses that the Spirit of Peace is a living process, encoded in our hearts, embodied in our words, expressed through our thoughts and empowered through our choices. Peace “is the everyday practical matter of how we can live together harmoniously, dealing creatively and effectively with the inevitable differences, hurts and fears that arise in human relationships… On a larger scale, peace is a political goal of nations and peoples; on a smaller scale, inner peace is a personal goal for those of us who are trying to live more consciously within this frenzied world.” (1)

The world can seem   frenzied  as:

“a new cycle is beginning, one that stems from the recognition of the fact that we are one. Favoring a relational, intuitional, opportunity-oriented way of thinking and a community, inter-connective, partnership approach to social relations, this new way of being is built on our emerging understanding of universal truths: matter is energy with meaning and motion. Life is not static; it is flow. We are not broken, we are whole. If we oppress others, we oppress ourselves…Even as the old systems disintegrate and fade away; pioneers among us are creating new ways of living and working together that honor the truth of our oneness. I happen to believe that peacebuilding is at the forefront of this wave, and that its pioneers are and will be among the greatest champions of a new era.”

Louise Diamond’s views will be familiar to those who deal with individual therapy .As she writes:

“I found that whether I was working with individuals, couples, families or organizations, the work was inevitably about the issues of power and healing. In short, people were struggling to find peace and balance within themselves and to live and work harmoniously with each other.”

Her road map for action is based on four principles based on faith and common sense but that are also the lessons learned from experiences – her own and that of other peacebuilders whose views she shares.

“These lessons have to do with our basic unity and wholeness, our interdependence, the power of love for reconciliation, and our ability through conscious thought and action, to shape the world we live in.”

Hers is n inquiry into the practical implications of these spiritual lessons. 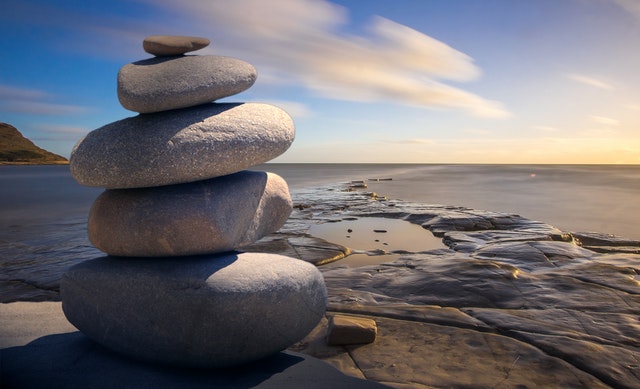 How do we heal ancient wounds and restore justice?. How do we ensure healthy communities?

Peace can be envisaged as having three basic aspects – the water, ice, steam analogy. The most fundamental aspect – the water stage – we could call “metaphysical” and has to do with peace as order, harmony, and unity. Then there is the “serenity” aspect, often an inner peace, which is expressed as calm, tranquillity, equanimity. This calm, however, is also a source of energy, a will to action. “For me, peace is literally a powerhouse of strength. I experience peace as a specific vibration of a dynamic state of being, which, like a song, radiates from my heart and soul.” The third aspect is that of “relationship – agreement, accord, rapport. The Spirit of Peace reminds us that these three aspects are really one.

Peace as harmony, order, tranquillity is very close to the Taoist image of the Tao. As in Taoism, there are many avenues to tap into this flow of peace: music, poetry, dance, communing with nature, making love, deep relaxation, prayer and meditation.

“When we tap into that energy, we have access to vision, intuition, creativity, synergy, and the power of miracles – resources of mind, body, and spirit far beyond our day-to-day awareness. When we rest there, we are at home; we have found peace. The Spirit of Peace arises from this place. Our work, when confronted with our small-minded sense of separation, our lack of harmony, our experience of conflict, is to center home. (By ‘centering home’, I mean touching the Source within myself.)”

By touching the Source, we awaken to what we need to carry us to new levels of thought and action.

Louise Diamond deals with the shifts in vision and attitudes necessary for the Spirit of Peace to fill our lives. There are, of course, other aspects of building a peaceful society. There are often needs to build new political and economic institutions and to formulate new policies. Yet attitude change, at a deep level, is essential. Many, I believe, will find Louise Diamond’s book both very clear and profound.