On 1 February 2021, the Myanmar military, known as the Tatmadaw, taking advantage of a clause of the Myanmar constitution providing the possibility for the military to establish a state of emergency, took power.  The military already played a dominant role in the civilian-led government of Aung San Suu Kyi which started in 2015.  The military automatically held key security ministries as well as an automatic non-elected percentage in the national parliament, giving the military in practice a veto on any legislation that it did not like.  It is unclear why the military leadership felt that its political and financial position was so much in danger that it needed a coup to take full control, arrest much of the civilian leadership, an estimated 2000, and force others into exile or to the frontier areas  largely under the control of armed ethnic groups such as the Karen. 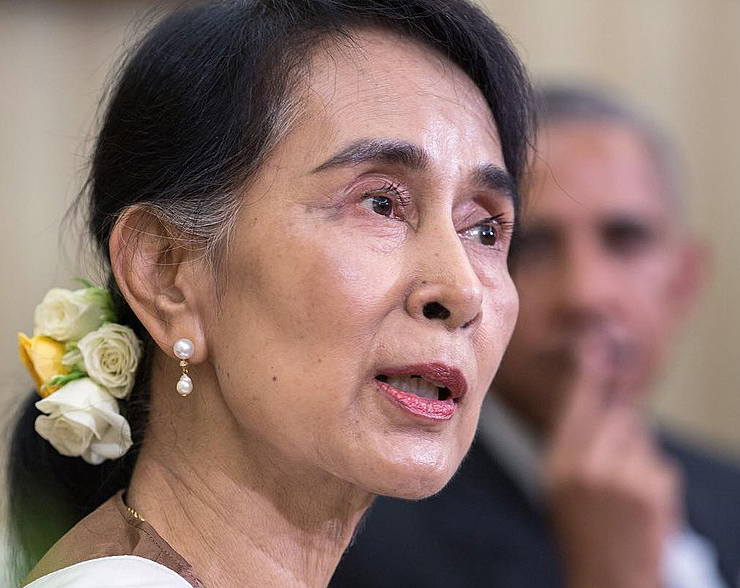 It is true that the elections to Parliament on 8 November 2020 gave Suu Kyi and her National League for Democracy an even larger majority and showed her popularity in all sections of the population.  The Parliament could have started to investigate the role that the military play in the economy, both the legal economy such as owning the conglomerate Myanmar Economic  Economic Holding Public Company and the illegal drug and gem-related trade.  However, the Parliament had had five years of relatively democratic rule and had not moved against the financial involvement nor against the Army’s highly destructive campaign against the Rohingya, causing nearly one million to flee to Bangladesh  and a smaller number toward the northeast states of India such as Mizoram and Nagaland.

“Everything will be OK”.

General Min Aung Hlaing who led the operation against the Rohingya as well as against other minority groups as Chief of Staff took a calculated risk in leading the coup, knowing that such a coup would be unpopular with neighboring States as well as unpopular at the United Nations. He could not know how much popular opposition would result and what tactics the opposition would use.  Much of the opposition to the military leadership has come from young people who had come to maturity during the years of transition to democratic structures starting in 2011.  Ma Kyal Sin, a 19-year old, wearing a black T-shirt emblazoned with the message “Everything will be OK” killed by a military sniper in Mandalay on 3 March 2021 is a symbol of this youthful opposition.

The U.N. Commission on Human Rights.

In 1985, the Association of World Citizens became concerned with the conditions of the ethnic minorities in Burma.  We were in contact with the representatives of ethnic minorities, in particular the Karen, Kachin, Shan and Mon who would come to Geneva for sessions of the U.N. Commission on Human Rights.  One leading world citizen was able to spend time in the Kachin area having entered via Thailand.  We discussed what might be a federal or con-federal government.  The representatives of the minorities often knew what they did not want: a centralized government that did not respect the cultural values of the minorities.  They were less clear on what a federal government would be.

The new government in exile wishes to symbolize such a federal government. Of the 26 ministers, 13 are from ethnic minorities.  The Executive would be headed by Duwa Lashi La, a Kachin, the Prime Minister would be Mahn Win Khaing Than, a Karen, the Defense Minister would be Lian Hmung Sakhong, a Chin.  Eight women would be part of this executive, including Zin Mar Aung as Foreign Minister and Karen Naw Susanna Hla Hla Soe as the newly created Minister of Women, Youth and Children.  A quarter of this 26-person executive are not linked to any political movement or party but were chosen for their experience.

The alternative to military rule is taking a positive form.

It is obviously too early to know what are the chances of the military giving way to this alternative structure.  There are real possibilities that armed conflict will increase as some of the youth are joining existing ethnic armed movements.  We have to hope that there will be a growing international demand within the United Nations and among non-governmental organizations for a transition to this national unity government.  Long years of armed opposition have only led to human rights violations, economic stagnation, and population displacements.  New avenues of action are necessary.  The alternative to military rule is taking a positive form.