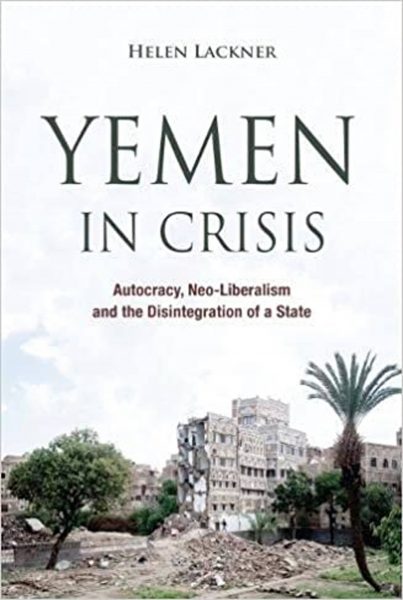 Yemen is in the grip of its most severe crisis in years. Fuelled by Arab and Western intervention, the civil war has quickly escalated, resulting in thousands killed and millions close to starvation. Suffering from a collapsed economy, the people of Yemen face a desperate choice between the Huthi rebels allied with ex-President Saleh on the one side and the internationally recognised government propped up by the Saudi-led coalition and Western arms on the other.

The struggle for power in the Arab world’s poorest but strategically vital nation has serious implications for the region and beyond. While Saudi Arabia and its allies fear that a Huthi takeover would threaten free passage of oil through the Bab al-Mandab Strait, Western governments fear an increase of attacks from al-Qa‘ida in the absence of effective governance.

In this invaluable analysis, Helen Lackner uncovers the roots of the social and political conflicts that threaten the very survival of the state and its people. She reveals the corruption of the country’s US-backed autocratic regime, as well as its failure to address national impoverishment and to plan an equitable economy for Yemen’s growing population.

1) The violations of international humanitarian law, involving attacks on medical facilities, medical personnel, and the use of weapons banned by international treaties; especially cluster munitions.

The Association of World Citizens has been particularly active in promoting a treaty on the prohibition of cluster munitions.

With the Saudi-led blockage of ports and airfields;  it has been difficult for the United Nations or relief organizations to bring in food supplies.  It is estimated that some eight million people suffer from famine-like conditions;  and that some 17 million others are in conditions of food insecurity.  The United Nations has repeatedly sounded cries of alarm;  but little international action has followed.

3)  The creation of a Yemen confederation.

While the form of State structures depends on the will of the people of Yemen (if they were able to express themselves freely);  the Association of World Citizens proposes con-federal forms of government;  which maintain cooperation within a decentralized framework;  as an alternative to the creation of new independent States.  In 2014;  a committee appointed by the then president Abu Hadi;  proposed a six-region federation as  the political structure of Yemen;  a plan which still merits serious consideration.

Helen Lackner has worked as a consultant in social aspects of rural development in over thirty countries in the Middle East, Africa, Asia and Europe. She has spent the past four decades researching Yemen, working in the country for fifteen years. She is currently the editor of the Journal of the British-Yemeni Society and is a regular contributor to Oxford Analytica’s briefs and to openDemocracy. Her publications include Why Yemen Matters: A Society in Transition.