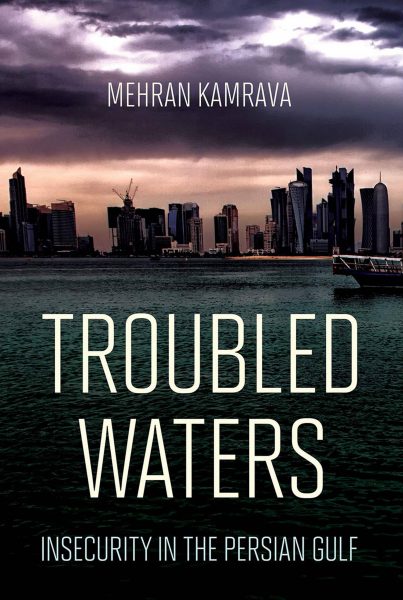 Troubled Waters looks at four dynamics in the Persian Gulf that have contributed to making the region one of the most volatile and tension-filled spots in the world. Mehran Kamrava identifies the four dynamics as: the neglect of human dimensions of security, the inherent instability involved in reliance on the United States and the exclusion of Iraq and Iran, the international and security policies pursued by inside and outside actors, and a suite of overlapping security dilemmas. These four factors combine and interact to generate long-term volatility and ongoing tensions within the Persian Gulf.

Through insights from Kamrava’s interviews with Gulf elites into policy decisions, the consequences of security dilemmas, the priorities of local players, and the neglect of identity and religion, Troubled Waters examines the root causes of conflicts and crises that are currently unfolding in the region. As Kamrava demonstrates, each state in the region, including Saudi Arabia, Iran, and Qatar, has embarked on vigorous security-producing efforts as part of foreign policy, flooding the area with more munitions―thereby increasing insecurity and causing more mistrust in a part of the world that needs no more tension.

The 14 September 2019;  drone attacks on oil installations in eastern Saudi Arabia have dimmed hope for U.S. – Iranian discussions aimed to reduce tensions;  and potentially end the armed conflict in Yemen. Tensions have increased;  and oil prices have risen.

Certain hopes;  created by the initiatives of the French President during the G7 meeting in Biarritz France;  and the forced departure of John Bolton;  as U.S. National Security Advisor have lessened. In fact;  the aim of the attacks may have been to lessen the possibility of Iran – U.S. discussions;  which might have taken place during the start of the U.N. General Assembly in New York later in September.

Today,  the Persian Gulf remains one of the most heavily militarized and insecure regions of the world.

Mehran Kamrava is Professor of Middle Eastern Studies and Director of the Center for International and Regional Studies at Georgetown University–Qatar. He is the author of, among other books, The Impossibility of Palestine and Qatar: Small State, Big Politics.