The Path to Indian Independence 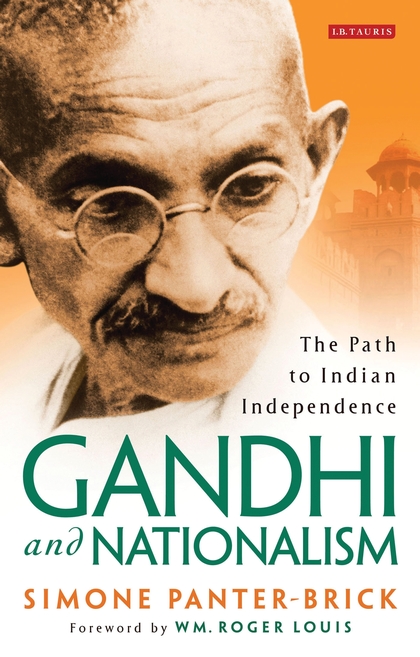 Gandhi's nationalism seems simple and straightforward: he wanted an independent Indian nation-state and freedom from British colonial rule. But in reality his nationalism rested on complex and sophisticated moral philosophy. His Indian state and nation were based on no shallow ethnic or religious communalism, despite his claim to be Hindu to his very core, but were grounded on his concept of swaraj - enlightened self-control and self-development leading to harmony and tolerance among all communities in the new India.

He aimed at moral regeneration, not just the ending of colonial rule. Simone Panter-Brick's perceptive and original portrayal of Gandhi's nationalism analyses his spiritual and political programme. She follows his often tortuous path as a principal, spiritual and political leader of the Indian Congress, through his famous campaigns of non-violent resistance and negotiations with the Government of India leading to Independence and, sadly for Gandhi, the Partition in 1947.

Gandhi's nationalism was, in Wm. Roger Louis's phrase, 'larger than the struggle forindependence'. He sought a tolerant and unified state that included all communities within a 'Mother India'.
Panter-Brick's work will be essential reading for all scholars and students of Indian history and political ideas.

Simone Panter-Brick is a renowned expert on Mahatma Gandhi's political thought and action. Her previous publications include Gandhi and the Middle East: Jews, Arabs and Imperial Interests (I.B.Tauris) and Gandhi Against Machiavellism: Non-violence in Politics. She holds a doctorate in Law and Political Science from the University of Nancy, France.