Antoine de Saint Exupéry was a cosmopolitan humanist in the Stoic tradition. He belonged to the rural nobility of France and could have used the title of Count but never did. His mother, however; did use the title of Countess and raised her five children in a large property in central France, near Lyon; her husband having died shortly after the birth of her fifth child.  Saint Ex as he is usually called was the middle child and the older boy. He always recalled the calm atmosphere of the property where he grew up; “spoiled” by his mother and older sisters.

The Saint Exupéry family was traditionally Roman Catholic; and his mother was very attracted to Catholic practice.  Antoine de Saint Exupéry, however; by temperament and intellectually grew early to hold views close to those of Henri Bergson; a belief in an impersonal cosmic energy that was the motor of evolution. 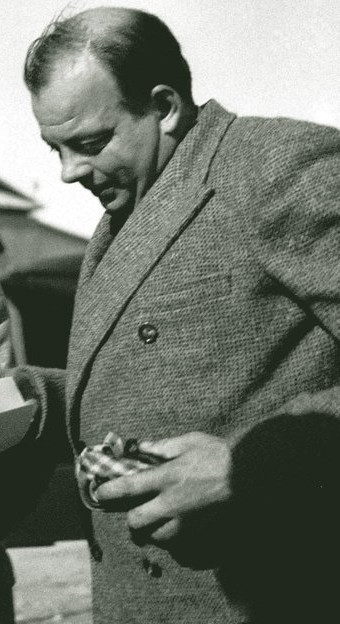 Therefore; some would call this cosmic energy “God” though Saint Ex rarely did.  However; out of respect for his mother; he never expressed anti-clerical ideas.  A reflective youth; he was often called “dreamy” and was most at ease in solitude. Solitary reflection in a state of harmony with Nature was his character throughout life; and in this he was close to the Greek and Roman Stoics.

In secondary school and at university; he studied science, and later in life with his experience as a pilot; he held several patents for airplane improvements. France had a system of universal military service for men, when one reached 21.  Thus; in 1921 Saint Ex was taken into the military and trained as a pilot − the importance of the military use of the air force having been shown in the 1914-1918;  First World War.  On finishing his military service and with no set career plans; he used his air force training to join the newly created postal air service between Europe and the French colonies of Africa; and later to South America. 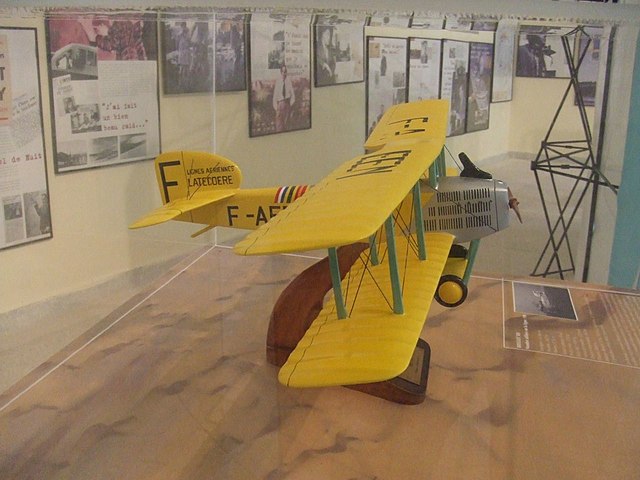 A model of Saint-Exupery’s Breguet 14 at the Museo Antoine de Saint-Exupéry en Tarfaya (Marruecos). By dimitri from Millau, France, CC BY 2.0 <https://creativecommons.org/licenses/by/2.0>, via Wikimedia Commons.

The Framework for Saint Ex’s writings.

These experiences of early flights over ocean, desert and mountain obstacles; create the framework for Saint Ex’s writings. The theme is the solitude of the individual facing nature and the solidarity among the men; who are facing these common dangers.

The Saint Exupéry family had friends in the publishing world; and Antoine was encouraged to write on his experiences. In 1928; his first book Courrier Sud is published on his experiences of flying mail to Africa; and saving his colleagues who had crashed. In 1930; he is sent to South America to create the air postal service there.  He drew from the experience to write Vol de nuit with a preface by André Gide; then at the height of his literary influence.  Saint Ex also brought back from South America a wife, Consuelo Suncin.  It was in today’s terminology a very “open marriage”. St Ex, good looking and famous, had many female adventures, but his wife had no fewer.

In the mid-1930s; the private postal service companies were “nationalized”. Saint Ex, in personality clashes; was pushed out of what had become Air France. His fame as a writer opened the door to writing for newspapers, especially that he already knew many of the publishers. In 1935, he spent a month in Moscow and was impressed by the solidarity of the First of May celebrations. However; Saint Ex had no political or economic views and his Moscow reports are more on the solidarity of Russians among themselves.

In 1936; the civil war started in Spain and Saint Ex was sent to report on the battles. Again he had no particular views of the ideology of the Republicans and the Fascists; but he was struck by the solidarity among the soldiers on both sides. In 1937; he was sent to report on Hitler’s Germany. He had no sympathy for the Nazi cause; but was impressed by the “togetherness” of the Nazi mass ceremonies.

On the eve of the war in 1939; his best known book Terre des hommes was published. In English, it became Wind, Sand, and Stars and was widely read in the USA.  Although Saint Ex was against war; believing that “all men can be brothers”; once the war with Germany was declared; by a sense of duty; he joined the French army air force until the armistice was signed with Germany.  From this war experience, he wrote Pilote de guerre, translated into English as Flight to Arras, the city where was posted. 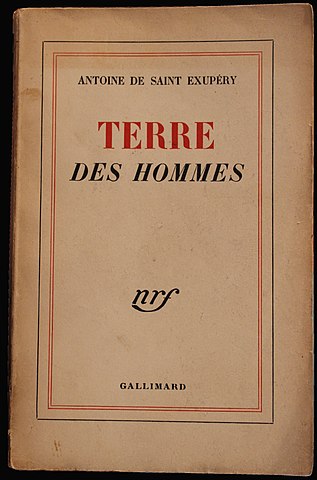 As France started to be occupied by German troops, he left for North Africa and then quickly moved to New York City where his writings were well known in literary circles and where he had friends. While in New York, he published his philosophical tale  Le Petit Prince,  which became his most translated book. 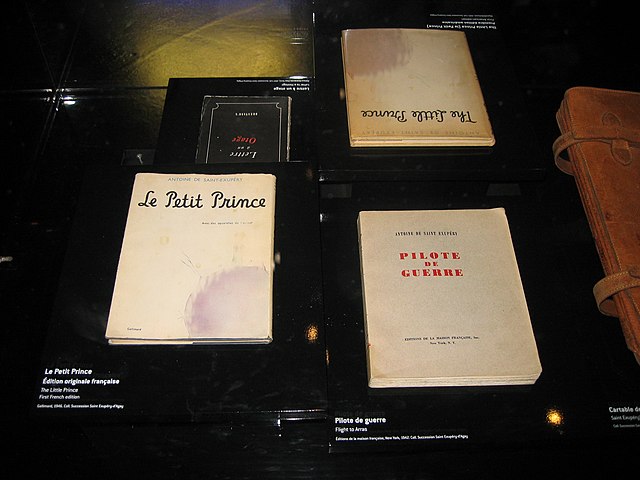 When the US troops liberated North Africa and the Free French government was established there, Saint Ex returned to North Africa to rejoin the French air force. Although at 43, he was “overage” to pilot the US war plane Lightning P38, his fame was such that he could not be refused. It is with a Lightning that he carried out a number of reconnaissance missions over Italy and France. On 31 July 1944 his plane was shot down by German fire and was lost in the Mediterranean.

A book of his philosophical thoughts on which he had been working for a number of years Citadelle was published in 1948 after his death. Saint Ex’s style was influenced by Frederic Nietzche’s Thus Spoke Zarathustra which he had read.

However, the spirit is much closer to Khalil Gibran’s The Prophet. There is no indication that he had read  Gibran in Saint Ex’s period in New York. It is more likely that both writers shared a common outlook on life. Saint Ex’s outlook was basically that of the Stoics: the common nature of all humans whatever the cultural differences, harmony with Nature, and calm in the face of danger.

Featured Image: Photo by Mikael Kristenson on Unsplash. At this time of increased tensions and armed conflits in different parts of the world; it is useful to recall the positive…

Featured Image: These students together in a public school in the capital city of Nigeria celebrates World Day for cultural Diversity for dialogue and development on May 21st of each…

The death of Professor Kenneth Waltz; on 12 May 2013 in New York City; at the age of 88; marks the start of the passing of the second generation of…