Alfred Adler; whose birth anniversary we mark on 7 February; believed that there were two decisive forces at work in world history and in the life of each individual: a striving for power and a social feeling.  Both forces stemmed from man’s upward striving from inferiority to perfection.

Alfred Adler (1870-1937); a Vienna psychotherapist and medical doctor; was part of the early circle of Sigmund Freud. However; the two men disagreed on what each felt to be fundamental positions.  In 1911; Adler left the Freud circle and founded his own approach; which he called “individual psychology”.

Thus; each child must develop a sense of self-es time.  If this development is hindered in some way; as the result of brutal parents or a hostile milieu; the search for self-es time can become neurotic.  There can be over-compensation as well as a closing in on oneself. 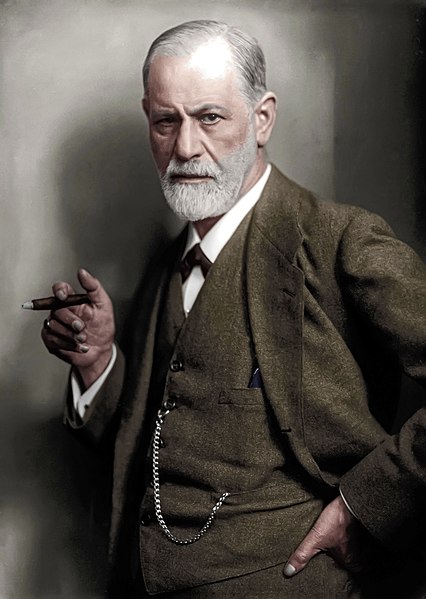 Over-compensation can result in a quest for power.  Striving for self-es time and power is a natural process; but with over-compensation; the search for power can become the dominant aspect of the personality. Adler had read and been influenced by the writings of Friedrich Nietzsche; who glorified the will-to-power.  For Adler; an over-development of the will-to-power can become a deep seated neurosis.  Only a health balance between the forces of cooperation  and the individual will -to-power;  can make for a harmonious individual  and a harmonious society.

In 1897;  he married Raissa Epstein; a Russian who was also a student at the University of Vienna.  She was part of Russian Marxist circles living in Austria;  and a friend of Leon Trotsky and his milieu.  Through her;  Adler joined socialist circles and became convinced that society helped to create the personality of the individual.  Therefore; for a health personality, there needs to be a health society; free from domination. Adler also saw the need for a society based on equality between men and women; so that the personality of both men and women could develop fully. He was an early feminist and champion of the equality of women and men.

Power Dominated The Sense of Social.

His work as a psychotherapist and writer was halted by the start of the 1914-1918 World War.  As a medical doctor;  he was incorporated into the Austro-Hungarian Army; where he was able to contemplate man’s neurotic striving for power. At the end of the war; both by his observations and the Marxist analysis of his wife; he felt that the will-to-power dominated the sense of social-feeling and cooperation.  In fact; power-hungary leaders and groups debased mass social feeling by using it as a thirst for dominance.  The social feeling of soldiers during the war; was used for battlefield goals with efforts to exclude any social feeling for the enemy.

He wrote that when violence is to be committed; it is frequently done by “appealing to justice, custom, freedom, the welfare of the oppressed and in the name of culture.” Power-seekers transform social feeling “from an end into a means, and it is pressed into the service of nationalism and imperialism.”

The only way to counter this neurotic sense of power-seeking; is to develop preventive methods by developing social feeling and cooperation.  During the 1920s; Adler stressed the need for the development of social feeling by developing new, cooperative forms of childhood education within the family and schools.  Adler stressed the profound experience of togetherness; an intense connection extending across the largest reaches of history and societies.

However, by 1934; he saw that the sense of togetherness in Germany and Austria; was going to be used again to create togetherness among a small circle; and subverting the use of social feeling by making it a facade for nationalism, racism and imperialism.  Adler was considered a Jew by the Nazis because his parents were Hungarian Jews;  although Judaism as a religion played little role in his intellectual life. He left to teach in New York City and died in 1937; on a lecture tour in Scotland.  He did not see the events of the Second World War; but there would  have been little to make him alter his views; on how the power principle can be utilized by antisocial leaders.

For the late views of Adler on the need for a society based on social feeling see his book published shortly after his death: Alfred Adler. Social Interest; A Challenge to Mankind (London, Faber and Faber, 1938)